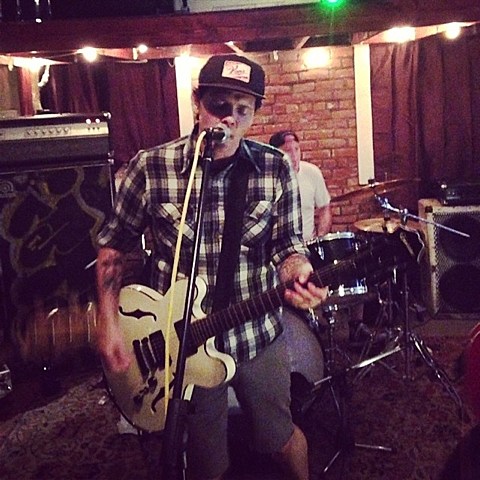 Philly's Beach Slang, the new band fronted by ex-Weston member James Snyder, just wrapped up their first-ever run of live shows that began on Long Island this past Thursday and hit NYC for a show at Suburbia a day later (6/13). The band's only released material so far is the 4-song Who Would Ever Want Anything So Broken? EP which came out just a few months ago, and not to say the place was packed or anything, but enough of the people there already knew every single word. By the second song ("Kids"), James stepped away from the mic and the crowd had no problem filling right in. He looked legitimately thrilled at that reaction too, not holding back smiles at all. Sure, Weston has a long history, but Beach Slang is an entirely new band. They've got the vigor of one and are (rightfully) being received that way too.

In addition to the four songs on the EP, they played one track off their forthcoming release on Tiny Engines which sounded like their most punk song yet (and very promising), and a cover that I didn't recognize (the setlist said "INXS"), but they pretty much made sound like Beach Slang anyway. The whole set was very tight, and they have the stage show of a band ready to play far bigger places than the intimate Suburbia. Not that I have any complaints about seeing them there -- where better than a room designed like a suburban basement for sweet, alt-rock open chords and punk nostalgia?

The only other show Beach Slang currently have announced is The Fest but more dates are TBA. If you haven't heard it yet, you can stream their EP below...