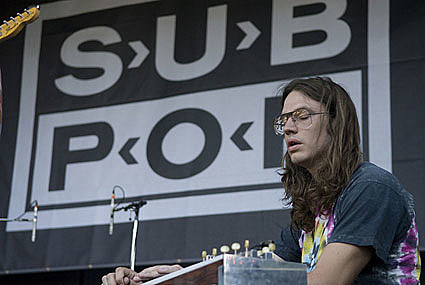 As [Beachwood Sparks] explained in their timid hippie drawl, they weren't sure how this [Sub Pop 20th Anniversary Festival] show was going to go. But aside from a little flat harmonizing at the beginning, they sounded note-for-note like they had never broken up. With the sun shining, a little breeze blowing, and a great big sky overhead, their mix of hippie twang, Byrds-ish tremolo, and hazy dream pop, made it seem like they were serenading the elements like the nature fruitcups they are. They performed "You Take The Gold", "Confusion Is Nothing New", "Desert Skies" and "Silver Morning After". It was like a greatest hits review with no filler. The only other thing I could have asked to hear is their Band-like cover of Sade's "By Your Side". But when I heard they have a new album on the way, that filled me with more joy than any song I could have heard that night.

Tickets are on sale for a September 13th Beachwood Sparks show at Bowery Ballroom in NYC, and for a show a day earlier at Maxwell's in Hoboken. More SP20 pics, videos, and all tour dates, below... 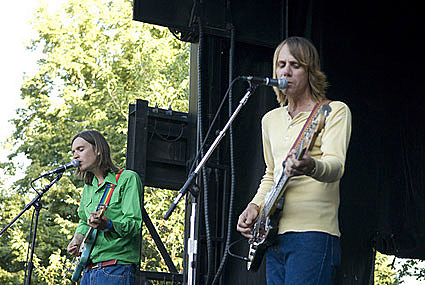 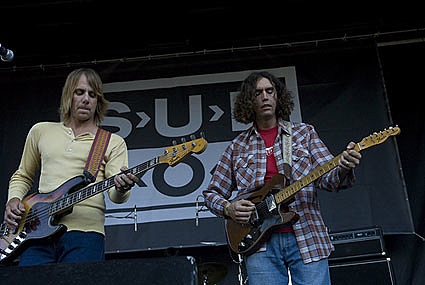 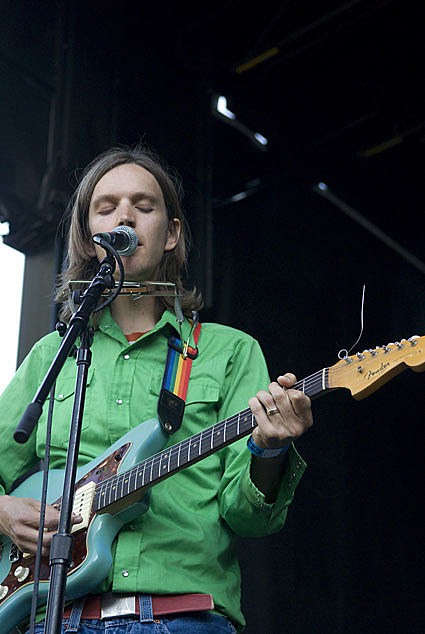 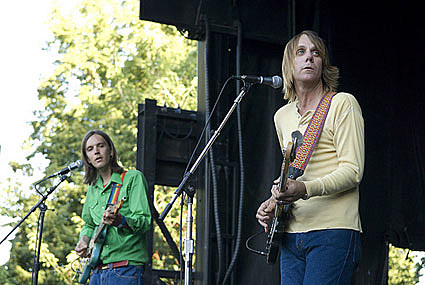 Beachwood Sparks - By Your Side

Beachwood Sparks - Confusion Is Nothing New