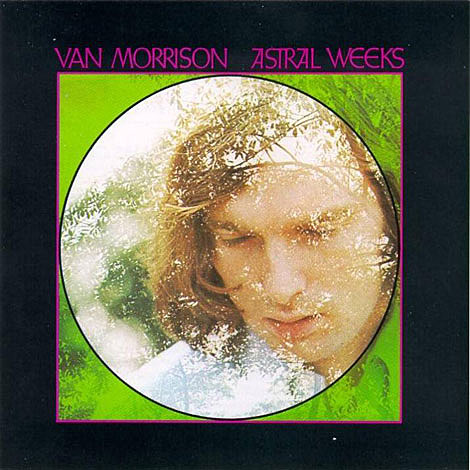 On one evening last year, Van Morrison finally got around to revisiting the album that many consider his masterpiece, "Astral Weeks."

This week, a recording of that performance - "Astral Weeks: Live at the Hollywood Bowl" (Listen to the Lion/EMI) - was released. It presents a singer who sounds more engaged, more passionate than he has been about anything in years.

No work in Morrison's canon - or in the rock lexicon, for that matter - sounds quite like "Astral Weeks." Forty-one years after its release it still occupies its own world. [Popmatters]

Van Morrison has doubled the amount of times he'll be performing "Astral Weeks" in NYC over the course of the next month. As previously announced, he'll be playing the classic album from start to finish at the Theater at Madison Square Garden on February 27th and 28th. Now he's added March 3rd and 4th at the Beacon Theater too. Tickets for the new shows are on sale TODAY (2/13) @ 9:00 AM.

Speaking of today and the Beacon Theater, tonight's Paul Simon show marks the official reopening of the revamped venue. AP says, "The renovation includes a complete reworking of the Beacon's electrical system, as well as new draperies with gold tassels. A canvas mural in the neoclassical rotunda and the main box office have been restored." The NY Times has a cool panorama view of what it looks like.

Leonard Cohen also has a show coming up there.

"Astral Weeks Live at the Hollywood Bowl" videos below...