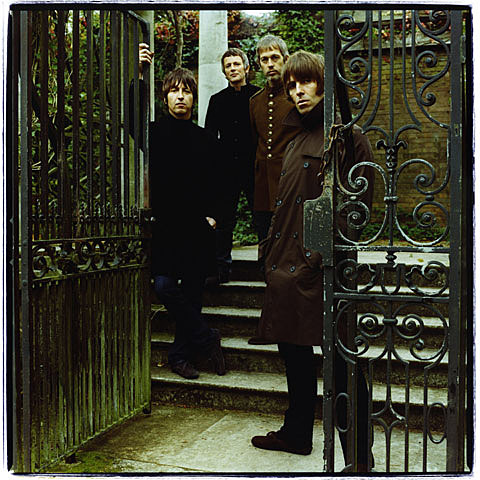 Liam Gallagher is ruling Glasgow before he has even come on: 2,000 voices roar his name, mixing this with a booze-sozzled chant that carries on throughout the gig: "Beady! Beady! Beady fuckin' aye!"

Oasis may be no more, but if this lot are missing Noel Gallagher, it doesn't show. Still, it's hard to pinpoint exactly what Liam does that has made him the sort of idol who comes along once a generation. He wears a motorcycle jacket buttoned up (helpful for dodging the traditional Glasgow welcome of hurled beer). He edges a hand towards his private regions (not quite a Michael Jackson crotch grab, more like scratching an itch). He stands motionless and casts, yes, a beady eye over the crowd. Yet somehow his presence in this medium-size hall (as opposed to an Oasis-size arena) is formidable. [The Guardian]

That's a review of Beady Eye's show in Glagow this past Friday night. The band, basically Oasis minus Noel Gallagher, released their debut album, Different Gear, Still Speeding, last week. It pretty much sounds like what you think it going to, though guitarists Gem Archer and Andy Bell (who was in Ride) show that Noel wasn't the only one capable of writing melodies that sound a lot like The Beatles and The Las. When it sticks to rockers, it's actually pretty good.

Beady Eye have just announced their first ever American dates, including a June 23 stop at Webster Hall. Tickets ($40) for that show go on sale this Friday (3/11) at noon.

A couple Beady Eye videos are below, along with their cover art and announced North American tour dates.... 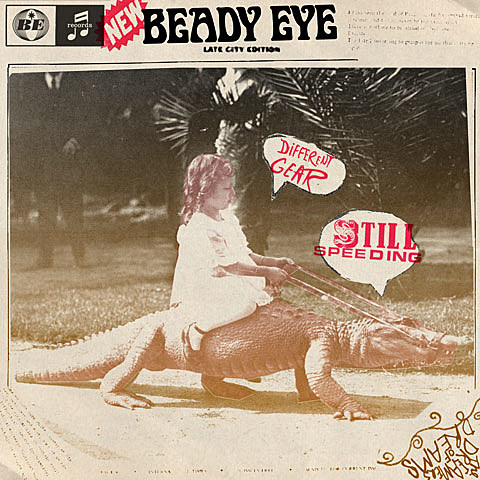