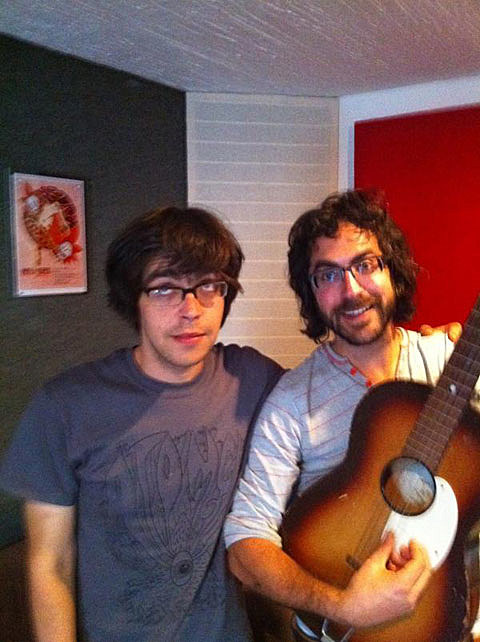 beak> in the US
so the tour is nearly bookes

and a show each in Sanfran and LA

we have some new tunes for you also...

Geoff Barrow (Portishead), Billy Fuller (Fuzz Against Junk) and Matt Williams (Team Brick), are BEAK>. And as previously reported, BEAK> will be in the area to play ATP NY in September. And according to the above-posted message by the band, ATP will be one of at least two shows "around NY" with at least four U.S. shows total. Stay tuned for specifics.

Like Hope Sandoval (who is also playing ATP) teases us with hopes of Mazzy Star, Geoff Barrow (BEAK>) makes us yearn for Portishead. They teased us with an extremely short trip to the United States after releasing their new album in 2008, and then left us with a promise of yet another new album which meant just maybe they'd visit again one day. Well,....

Portishead are ready to "get together with all [their] bits" and record a new album, Geoff Barrow has revealed, after writing songs throughout this summer. Despite toying with independence since the end of their recording contract, the Bristol band have re-signed with a major label for album number four. There were 11 years separating Portishead's second and third studio albums. But today, Barrow told BBC 6 Music, he is through with faffing about. "I'm writing for Portishead through July and August and I just want to bang on, get another record out," he told Rodrigo Davies. "Hopefully it'll be an awful lot quicker because we're all older and wiser." [Guardian, June 30th]

If The Scenestar is to be believed, "Portishead has scheduled a falldate on Saturday, Nov. 13, at the Hollywood Palladium, according to sources." Fingers crossed that it's true and includes a NYC show this time too.

Check out a BEAK> video below...