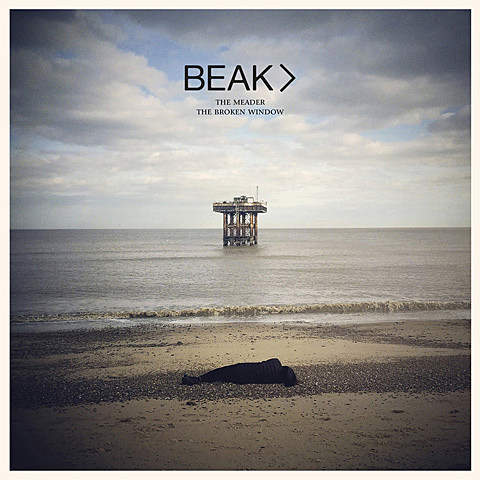 BEAK>, the band featuring Portishead's Geoff Barrow, will release a new "double b-side" EP that's a split with their alter-egos, < KAEB. What's the difference between the two? Well, < KAEB has a more free-floating lineup, allowing for other members -- in this case, vocal contributions from Californian based artist Jonwayne. There are videos from tracks on either side of the EP: BEAK>'s "The Meader," which is directed by James Hankins, and < KAEB's lovely "When We Fall" which was made by Alex Garland who most recently directed sci-fi film Ex Machina (which Barrow scored). Check those out below, and the EP's out July 31 via Barrow's Invada Records.

In addition to Ex Machina, BEAK> have also done the score to Tom Geens' new psychological drama Couple in a Hole, and they'll be playing some European dates later this month. All are listed, along with the videos, below...