"People are woohoo-ing," noted Beak> bassist Billy Fuller of the crowd response at Elsewhere. "You don't get that in Birmingham." It was the last night of the band's first U.S. tour in five years, and the trio were full of good spirits and curmudgeonly humor. Drummer Geoff Barrow, also of Portishead, and Fuller cracked a lot of jokes in-between songs and in the short downtime of fixing some technical issues. "There's some weird feedback, not that you know what that means," he told the crowd at one point, then quickly correcting himself. "Of course you know what that means. You're all in bands in Brooklyn... with the hair and the bands and the dogs."

Beak> just released their third and best record to date, and with new member Will Young, sounded great at Elsewhere for what was uncommonly early show -- they went on at 8:45 PM, as a "disco" was happening after, which was also the subject of many jokes during the set. They opened with the first two songs off the new album, a killer one-two punch of "The Brazilian" (doom/funk '70s cop show theme) and the Can-esque single "Brean Down," and then dipped back to the dreamlike "Eggdog" from their second album and "The Meader" from 2015's BEAK> <KAEB "split" EP. They then returned to the new album for motorik groover "RSI" and "Allé Sauvage" (sort of a krautrock "Popcorn") which was probably the highpoint of the night for me, along with "When We Fall," which closed out the main portion of the set. (Not that they left the stage for the encore.) We also got the proto-metal "Wulfstan," "Kenn" (the b-side to their "Mono" 7") and the first album's "Bladgon Lake" closed out the night. These three are such good musicians (Fuller plays in Robert Plant's band Young is in Moon Gangs), it was just great to bliss out to the grooves.

Opening the night were Kill Alters which includes drummer Hisham Bharoocha (Soft Circle, Black Dice), synth man Nicos Kennedy and howler Bonnie Baxter. They made quite an intense racket, though I only caught a little of their set given the early start time. Pictures from their set, and the whole of Friday's show are in the gallery above, and Beak>'s setlist and a few videos are below. 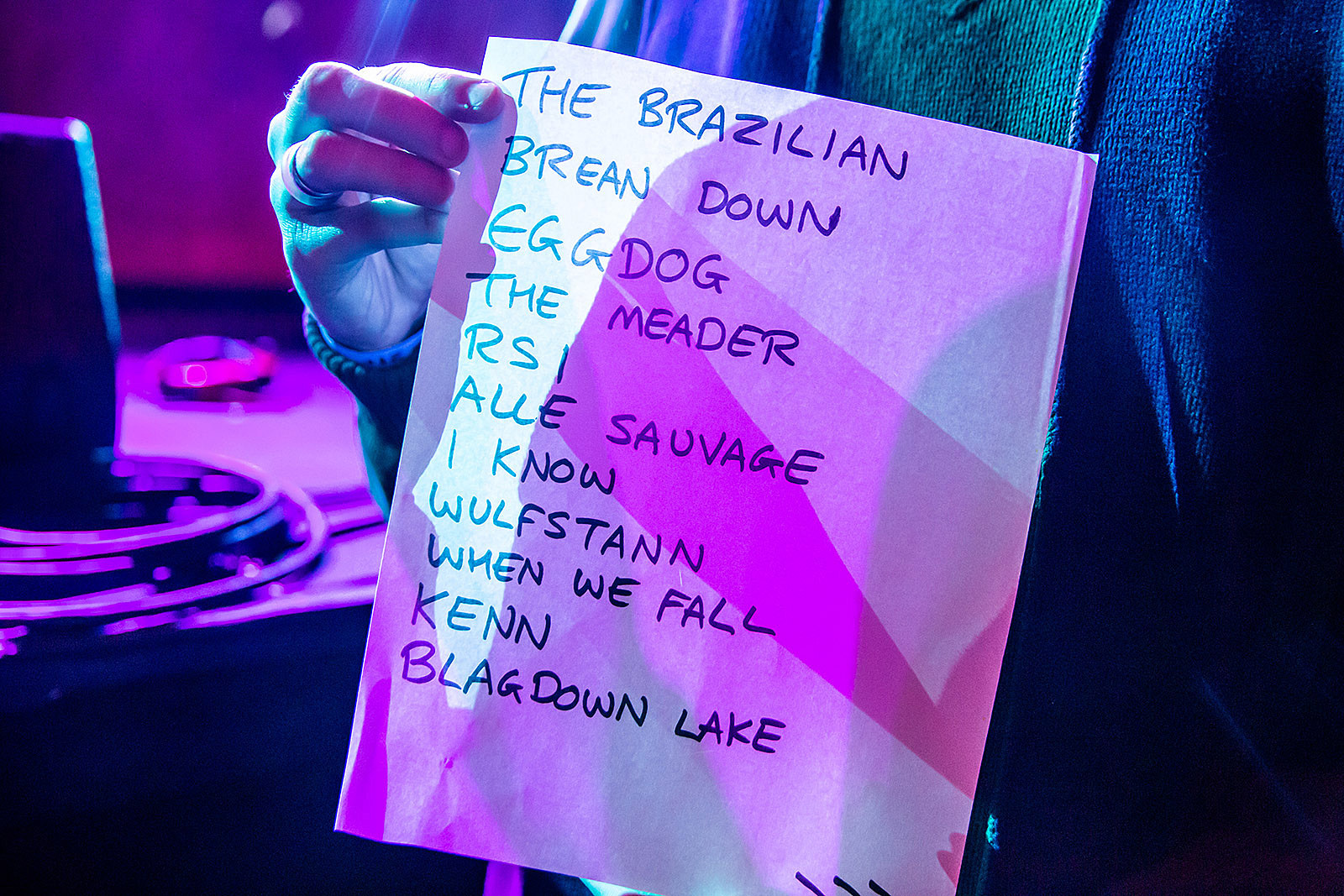