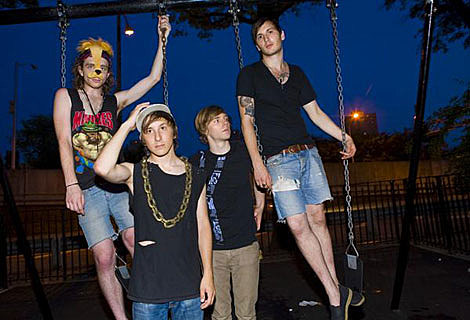 It's another jam-packed week of shows. In addition to Taken By Trees, El Perro Del Mar and The Soundtrack of our Lives, here's some of the ones I'm excited about.

tonight (2/16): New Cantora Records signees Bear Hands play The Studio at Webster Hall. You can download the band's percussion-heavy new single "What a Drag" for free from their website if you're willing to give them your email address. You can also watch the video at the bottom of this post.

Also tonight (2/16), Beast kick off what is now a run of three NYC shows. As we pointed out earlier today, "Beast are at the Living Room tonight. They play the Cameo tomorrow night late...and they've added an early set at the Mercury Lounge on Wednesday, where the show is with Fight Like Apes, Honor By August, Stationary Set and Tryptics." 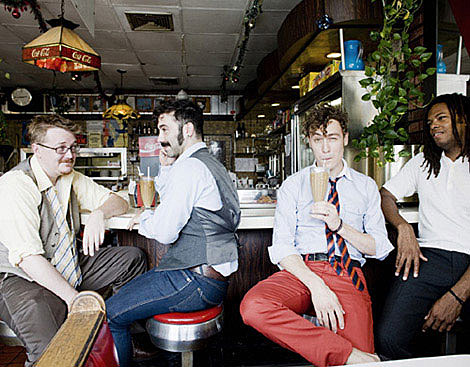 This week is last of Savoir Adore's February Thursdays residency at Cake Shop and we've got a pair of tickets up for grabs. Just email BVCONTESTS@HOTMAIL.COM and we'll pick a winner at random. In addition to Savoir Adore (have I mentioned their album made my Best of 2009 list?),  it's another good group of openers. The Bloodsugars make '80s-inspired widescreen pop that at times sounds uncannily like Prefab Sprout -- and good Prefab Sprout, not "hot dog jumping frog Albequerque" Prefab Sprout. Which is to say these folks know their way around big pop hooks, and are kind of a perfect match with Savoir Adore. You can download "Light at the End of the Tunnel" from last year's underrated I Can't Go On, I'll Go On at the top of this post.

Also on the bill: Pittsburgh's chilled-out Ennui and Brooklyn's synth-heavy Red Wire Black Wire with between-sets DJing from Nora of blog I Rock I Roll.

Also on Thursday (2/18), Dan Black is in town at Mercury Lounge. There's a new version of Dan's single "Symphonies" that features Kid Cudi, and you can watch the new video for it at the bottom of this post. 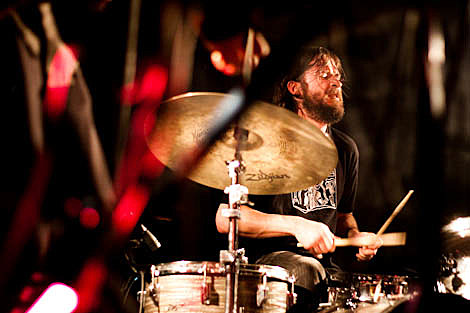 A few more shows. Bear in Heaven, who were just great at Mercury Lounge a couple weeks back, play Glasslands on Friday night (2/19) with Secret Machines. What I like about them live is that you can tell they all really enjoying being in Bear in Heaven and playing these songs. They're just a lot of fun to watch, and they're pretty tight too with a drummer beats the shit out of his instrument.

Secret Machines are headlining, a band I haven't seen play in some time but have always liked. They've got a trippy, string-heavy new single, "Like I Can," that you can listen to on their website. Also playing what sounds like a full evening are electro rock quintet Mon Khmer, Noveller and Papa.

Saturday (2/20) marks the end of The Beets/Beach Fossils/Christmas Island tour where they'll play Music Hall of Williamsburg along with German Measels and headliners Crystal Stilts who I still haven't managed to catch since Frankie Rose left the drummer's chair. 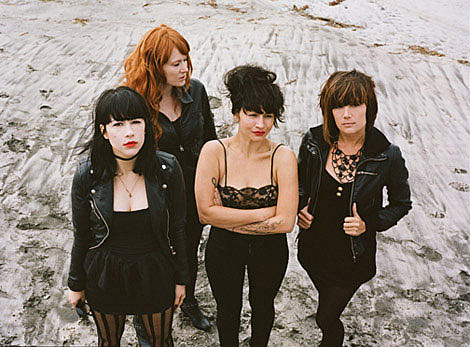 Speaking of Frankie, she'll be pulling double duty Sunday night at Mercury Lounge where her own bandThe Outs will open for Dum Dum Girls (she's their drummer). DDG's debut album for Sub Pop is about six weeks away but you can download the album's first single, "Jail La La," at the top of this post. (It's out on 7" today with a nice cover of the Stones' "Play With Fire" on the flip.) I'm usually not one for re-recording songs that have already been released, but I actually think this recording is spruces things up just enough without unraveling their reverby gauze. After heading to London for a few shows, Dum Dum Girls will be back for SXSW and then will go on tour with Girls in April. All dates are at the bottom of this post.

Frankie & the Outs are really coming along as a band too, and thought they were fantastic at Monster Island this past weekend. The vocal harmonies in particular are the band's strong point, with a bit of soul in there too actually, kind of like some late-'60s girl rockers. I'd love to hear them cover The Kelly Affair/Carry Nation's "Sweet Talking Candy Man" from Beyond the Valley of the Dolls. But maybe that's just me.

Also playing are Dum Dum Girls' Sub Pop labelmates Happy Birthday, whose super-catchy song "Girls FM" is downloadable at the top of this post. It's power pop, but kind of gritty/garagy and makes me anxious to hear more.

That's it for this week. Flyers, videos and tour dates after the jump... 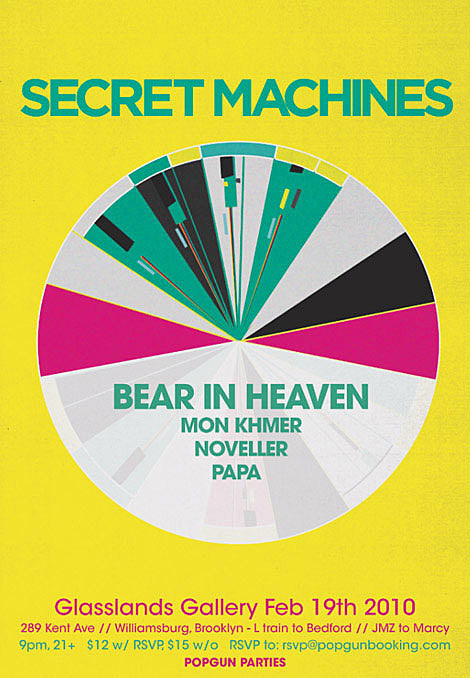 Bear Hands - What a Drag

Bear Hands // "What A Drag" from Cantora Records on Vimeo.