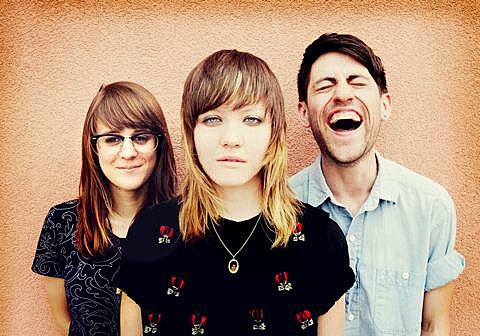 As mentioned previously, Bob Mould will be back in NYC next month for two shows at Bowery Ballroom on February 26 - 27 and tickets are still available. What we didn't know at the time was who was opening the shows, which we now do. Bear in Heaven will open the 2/26 show and Minneapolis trio Now Now will open the 2/27 show. Tickets to both Bowery shows are still available.

Bear in Heaven, who played here last month, have a few other dates coming up, including Chicago's Tomorrow Never Knows Festival next week and a few dates with Hooray for Earth. '

Now Now, meanwhile, are also on the road and will hit NYC before the Bob Mould show as part of the Heavy & Light tour that hits Irving Plaza on February 13 and also features Jon Foreman (of Switchfoot), Anthony Raneri, The Lone Bellow and Will Anderson. Tickets for that show are on sale now.

Back to Bob, the Kickstarter for his concert DVD was successfully funded, and See a Little Light comes out January 15 and you can pre-order it here.