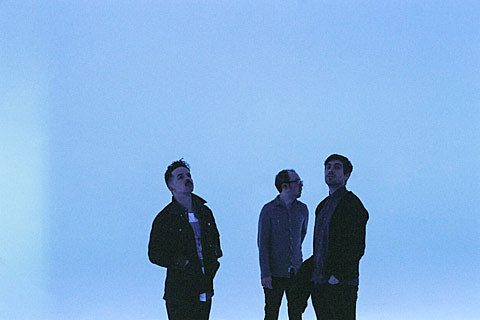 As mentioned, Bear in Heaven's new album Time Is Over One Day Old is out next week via Dead Oceans. The record furthers their interstellar travels via fat waves of synths, heavy on grooves and rolling drums. (The album title, by the way, comes from an error message on a friend's television.) You can stream the album in its entirety over at NPR.

The band also consistently make interesting videos which continues on their just-released one for "Time Between." Directed by Nick Bentgen, it was filmed over the course of an month across the five-borroughs during the late night fringe hours. It's quite pretty, and a little creepy/tense at times, and you can watch over at the The NY Times.

Bear in Heaven play a record release party on Monday (8/4) at Rough Trade NYC which is free with purchase of the new album (you get two entry wristbands with each purchase). Then they'll be back in September at the end of their tour for two homecoming shows at Bowery Ballroom (9/16) and Music Hall of Williamsburg (9/17), both with Young Magic. Tickets are still available.