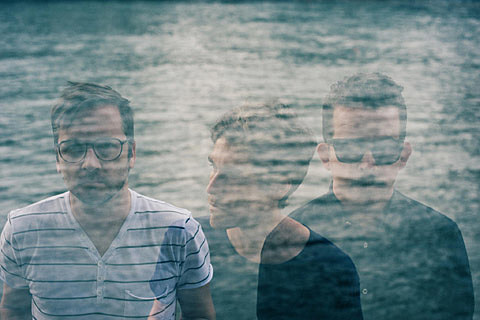 Brooklyn's synth-heavy Bear in Heaven have signed with Dead Oceans who will release the band's third album, I Love You, It's Cool, on April 3. A Spring 2012 tour has also been announced that ends with two dates in NYC: May 8 at Bowery Ballroom and May 9 at Music Hall of Williamsburg. Tickets to both of those shows go on sale this Friday (12/1) at noon.

If you want an early listen I Love You, It's Cool, the album will be streaming between now and April 3rd via Bear in Heaven's website. Don't get too excited though. It's more of a trickle. The band have slowed down the album 400,000% so that it will take from now till April 3rd to play through one time. The band explain via a press release:

As a band, we have always sought to balance our interest in art and outsider music with a sense of humor about our place within the entertainment industry. When we began discussing the making of our third record, two recurrent themes emerged:

1. The desire to release a companion piece of music that was more abstract and drone based than the material we had played every night for the last 18 months or will likely play for 18 months straight following the release of this record.

2. An equal desire to have a little lighthearted fun with and comment on the current state of album promotion, hype cycles, countdowns and all the marketing ploys that we accept as a reality of existing within an internet age.

At some point these two ideas merged into one. We would stream our album earlier and for longer than anyone else had before but we'd stream it once. We'd stretch it far beyond the limits of being recognisable as pop music. Draw it out so that snare roll lasts for days. Invite listeners to interpret and consider each sound. Sit back and breathe.

The new album will be co-released by Dead Oceans and Bear in Heaven's original label, Hometapes, and is their first since 2009's Beast Rest Forth Mouth. All Bear in Heaven 2012 tour dates are below.