DOWNLOAD: Bearsuit - I Thought You Said You Were Blind (MP3) 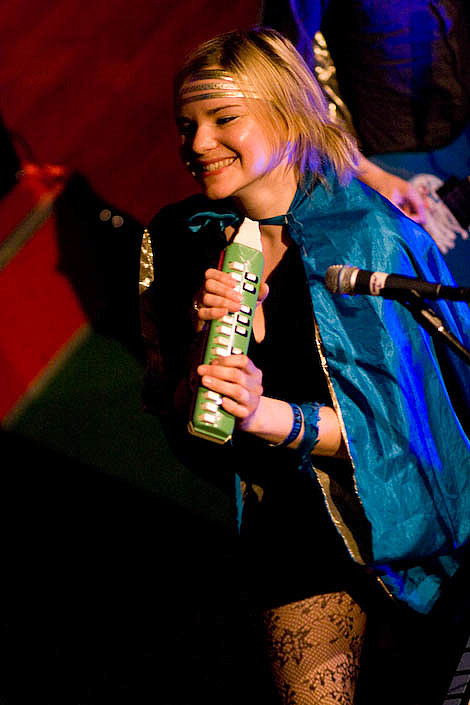 "The UK 6-piece band blew me away with their catchy tracks and shiny capes. They were clearly my highlight of the show, though the other bands all held their own." [Kyle]

"If there's any band that embodies the old punk ideal that anybody with ideas and a bit of imagination can make music, it's Bearsuit. On 2005's Cat Spectacular and this year's Oh:Io, they've shown themselves to be among the finest purveyors of explosive, schizoid, kitchen-sink indie pop, sort of like Los Campesinos! with more Deerhoof. And more BIFF! BANG! POW!: They played at Cake Shop wearing capes and face paint." [Marc Hogan]

"I had taken the kids in Bearsuit to be in something of the Los Campesinos! variety (clever, poppy, workin'-class-accented twee from Britain's young has seemingly become a genre) but when I arrived to catch their 6:30 set at Cakeshop I discovered that some of them were older (it was a six piece, even split in gender and age, it seemed), and that they sounded a good tic angrier. But still earnest (the central lyric of one cut being "we're gonna make it this time"), sincerety sabotagingly humorous ("that last song was about Michael Jackson commanding an army of bees") and fun (they were wearing capes and prone to thrust their hands in the air)." [Greg @ NY Press]

"Thursday, I went down to the South Side Seaport, and after getting terribly lost, I was only able to catch Bearsuit. The band was a fat waste of time musically. However, the band did tell a zinger related to technical difficulties:
'We're having problems with American Power.'
'A lot of people are.'" [KSCR Los Angeles] 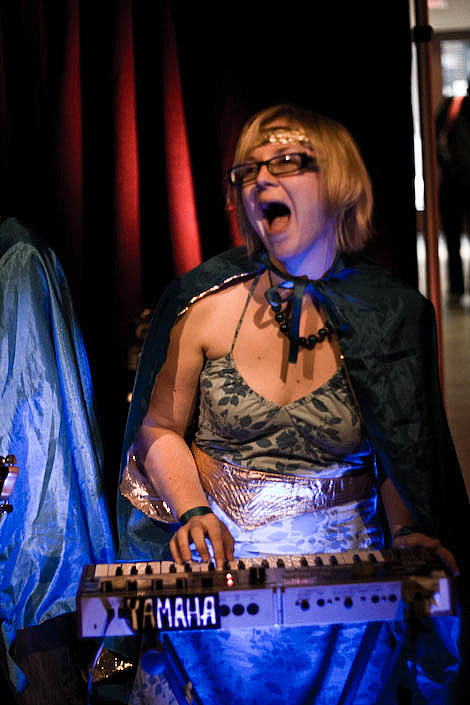 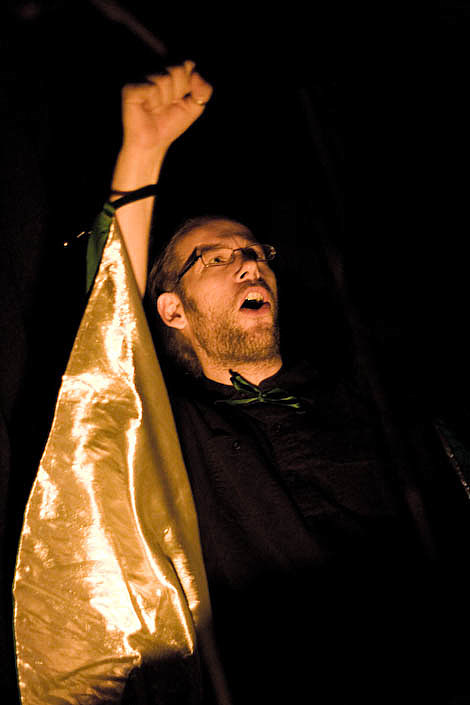 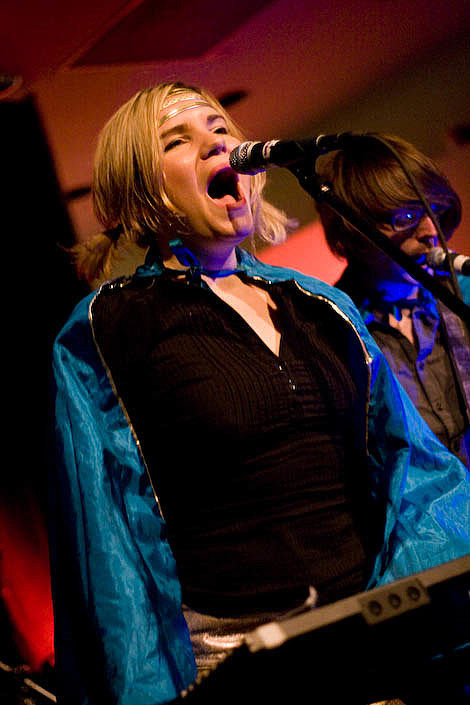 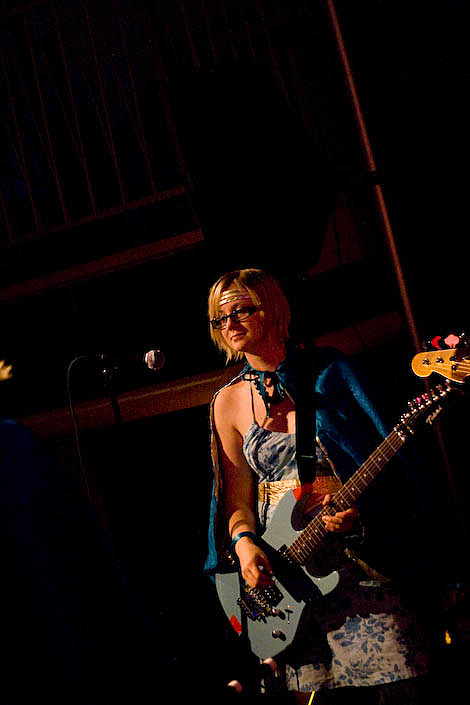 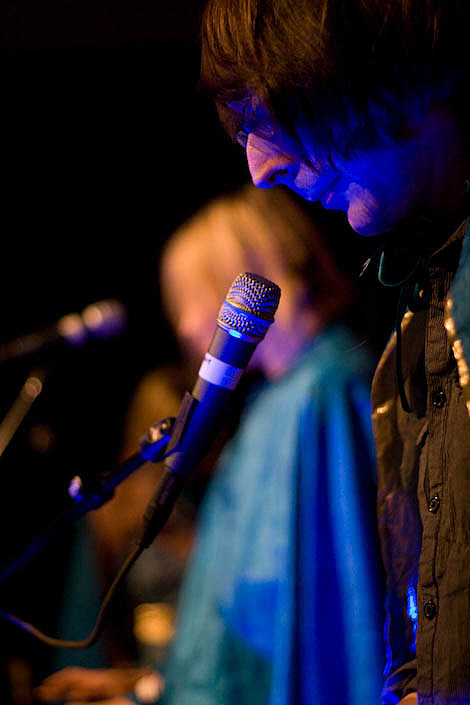 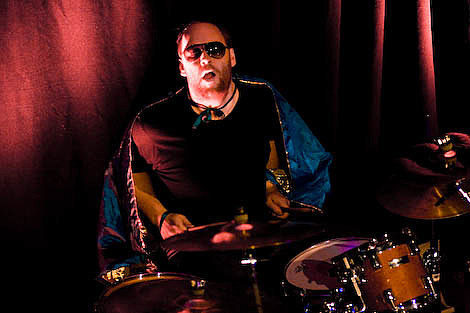 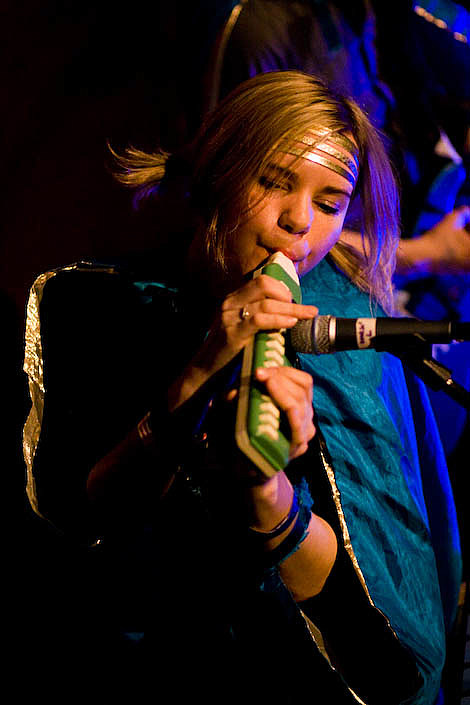 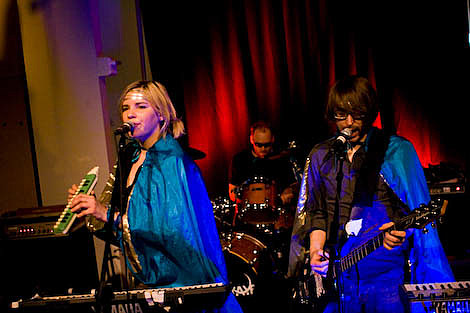 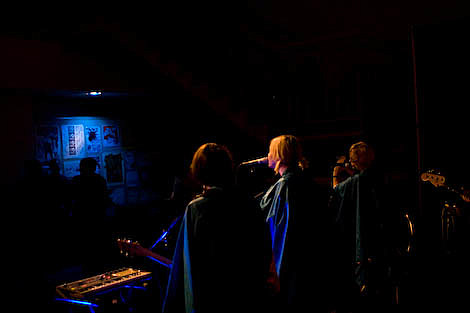 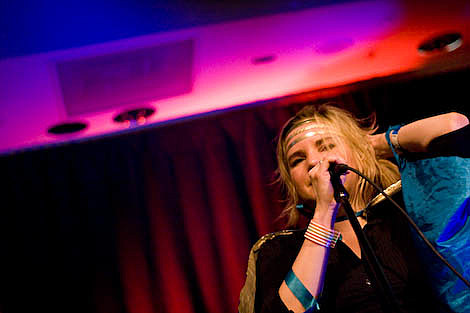 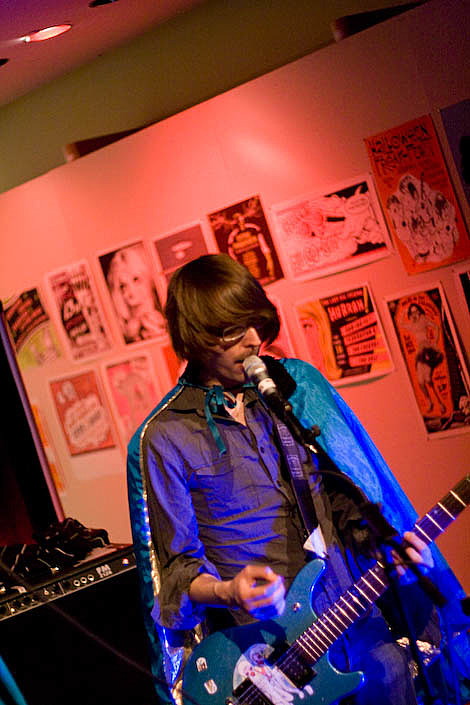 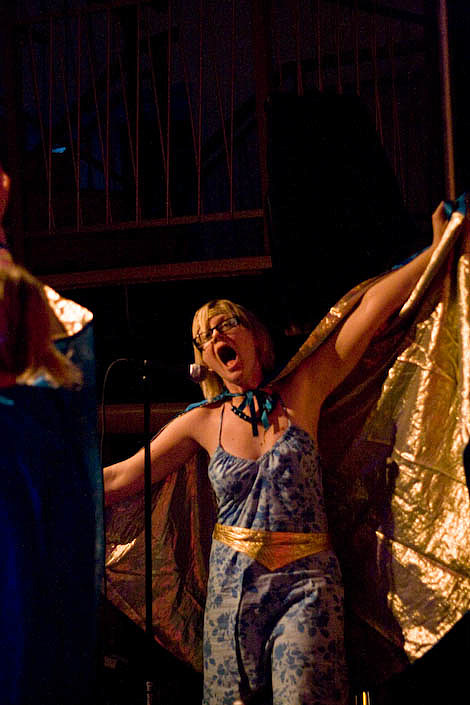