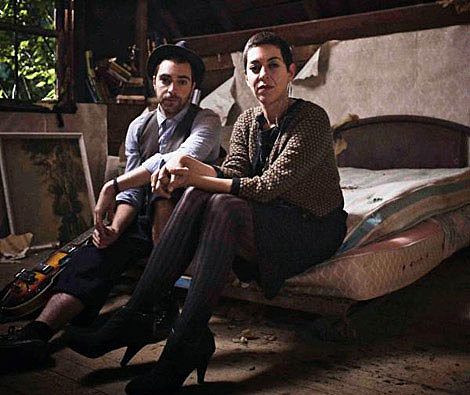 Montreal's "trip-rock" BEAST return to NYC for two shows next week: they play The Living Room on Tuesday (2/16) and a late show at Cameo Gallery on Wednesday (2/17). This will be the band's first shows here since CMJ, where you may have seen them play at the Brooklyn Vegan Saturday day party. As I've said before, BEAST need to be seen live, as singer Betti Bonifassi has a magnetic prescence, not to mention some killer pipes, and they're just a lot of fun. The tight confines of Cameo (where they'll play after regular Wed comedy night Big Terriffic) should be especially good.

BEAST were nominated for a Grammy this year for their buzzy video for "Mr. Hurricane" which was directed by Benjamin Steiger Levine (who also directed the amazing clip for Socalled's "You Are Never Alone") and, of course, lost to "Boom Boom Pow." The band will also be at SXSW this year, so look out for them there too.

The "Mr. Hurricane" video and all BEAST tour dates are below.