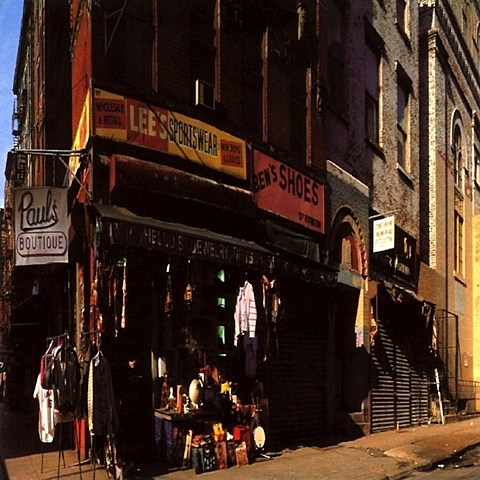 In late 2013, a petition was launched to rename the LES corner of Ludlow and Rivington "Beastie Boys Square," and after petitioner LeRoy McCarthy was told he needed more signatures, the proposal has now officially been rejected. Via DNAinfo:

A proposal to name a Lower East Side street corner in honor of hip-hop group the Beastie Boys was rejected by Community Board 3 Tuesday night -- and the board has barred LeRoy McCarthy from reapplying for the street naming for the next five years.

McCarthy, a Brooklyn resident who first suggested the Beastie Boys honor late last year, agreed at CB3's transportation committee meeting on Jan. 14 to temporarily withdraw his application and return to the board with more signatures in February.

However, CB3's full board voted overwhelmingly Tuesday night to deny the proposal to name the corner of Ludlow and Rivington streets Beastie Boys Square, which triggered a CB3 rule that an applicant cannot return with a similar proposal for five years, board officials said.

The board voted 24 to 1 with 1 abstention to reject the Beastie Boys Square application. McCarthy did not attend the meeting because he had told the board that he had withdrawn his application and he did not expect it to go to a vote.

Bummer. At least we got Adam Yauch Park.