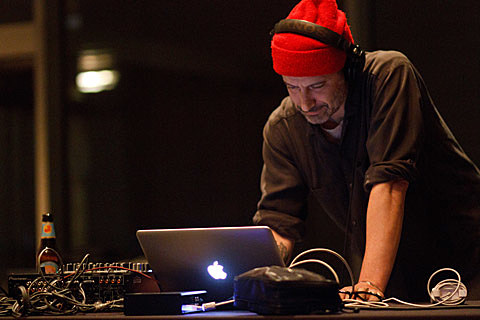 In case you aren't caught up with the toy company GoldieBlox vs Beastie Boys drama, they posted an video/ad (which has since been taken down) which repurposed the Beasties' song "Girls" as a feminist anthem for young girls, advocating the idea that girls can create whatever they want and not be forever subject to all things pretty, pink, and princess.

Word then got out that the Beastie Boys were threatening copyright infringement over the use of the song, but GoldieBlox claimed it was parody and protected by Fair Use:

In the lyrics of the Beastie Boys' song entitled Girls, girls are limited (at best) to household chores, and are presented as useful only to the extent they fulfill the wishes of the male subjects. The GoldieBlox Girls Parody Video takes direct aim at the song both visually and with a revised set of lyrics celebrating the many capabilities of girls. Set to the tune of Girls but with a new recording of the music and new lyrics, girls are heard singing an anthem celebrating their broad set of capabilities--exactly the opposite of the message of the original. They are also shown engaging in activities far beyond what the Beastie Boys song would permit. GoldieBlox created its parody video specifically to comment on the Beastie Boys song, and to further the company's goal to break down gender stereotypes and to encourage young girls to engage in activities that challenge their intellect, particularly in the fields of science, technology, engineering and math.

The Beastie Boys didn't see eye to eye with that response, arguing that parody or not, the video was still used as an advertisement, and the group strictly prohibits the use of their songs in advertisements. In an open letter to GoldieBlox, they wrote:

Like many of the millions of people who have seen your toy commercial "GoldieBlox, Rube Goldberg & the Beastie Boys," we were very impressed by the creativity and the message behind your ad. We strongly support empowering young girls, breaking down gender stereotypes and igniting a passion for technology and engineering.

As creative as it is, make no mistake, your video is an advertisement that is designed to sell a product, and long ago, we made a conscious decision not to permit our music and/or name to be used in product ads. When we tried to simply ask how and why our song "Girls" had been used in your ad without our permission, YOU sued US.

Now, GoldieBlox have responded with their own open letter, saying that they are "ready to stop the lawsuit":

We don't want to fight with you. We love you and we are actually huge fans.

When we made our parody version of your song, 'Girls', we did it with the best of intentions. We wanted to take a song we weren't too proud of, and transform it into a powerful anthem for girls. Over the past week, parents have sent us pictures and videos of their kids singing the new lyrics with pride, building their own Rube Goldberg machines in their living rooms and declaring an interest in engineering. It's been incredible to watch.

Our hearts sank last week when your lawyers called us with threats that we took very seriously. As a small company, we had no choice but to stand up for ourselves. We did so sincerely hoping we could come to a peaceful settlement with you.

We want you to know that when we posted the video, we were completely unaware that the late, great Adam Yauch had requested in his will that the Beastie Boys songs never be used in advertising. Although we believe our parody video falls under fair use, we would like to respect his wishes and yours.

Since actions speak louder than words, we have already removed the song from our video. In addition, we are ready to stop the lawsuit as long as this means we will no longer be under threat from your legal team.

We don't want to spend our time fighting legal battles. We want to inspire the next generation. We want to be good role models. And we want to be your friends.

Beastie Boy Ad-Rock just DJed the Body/Head show at MoMA last week (11/21) as a last-minute replacement for his wife Kathleen Hanna. He'll also be at the upcoming Champagne Jerry show at Joe's Pub on December 7, the next date of CJ's monthly series at the venue (tix).

Watch the GoldieBlox "Girls" video (reposted by someone else) below...