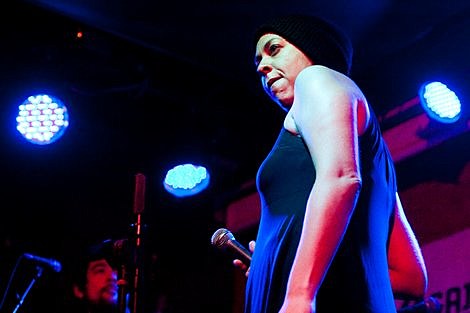 Lady Gaga was nominated five times. Considering her rocket to fame over the last year, many were expecting more for her. But at least the contests are going to be really interesting: Beyoncé, [Taylor] Swift and Lady Gaga are going head to head in three of the most important categories: album, record and song of the year. Will one of them sweep, or will the lady vote be split?

One of the usual complaints about the Grammys is that it over-rewards older, established, familiar acts at the expense of newer, fresher ones. MGMT, the Brooklyn synth-rock duo, was nominated for best new artist, a big coup although not unexpected. But some of the shoulda-been names that have been circulated and Tweeted: Grizzly Bear, another acclaimed Brooklyn group; Regina Spektor, a young New York songwriter who started in the underground and has found some mainstream popularity; Diane Birch, a young soul-style singer, just the revivalist type the Grammys usually adore; and the Decemberists, an alt-folk-rock band from Portland, Ore., that released an ambitious concept album this year. [NY Times]

Neko Case, Imogen Heap, Phoenix, Silversun Pickups, David Byrne, Wilco, Death Cab for Cutie, and Yeah Yeah Yeahs are some of the other familiar names in the list of Grammy nominees this year. As Ben Sisario in the NY Times alludes, the nominations are a complete joke and predictable... but fun to look at anyway. Nobody expects Animal Collective to get picked, despite their soon-to-be status of being one of the highly rated artists of the year (and decade maybe).

One surprise (for me anyway) came this year in the video category. Montreal's Beast were nominated for "Mr. Hurricane". That video with a list of some of the other nominees, below...