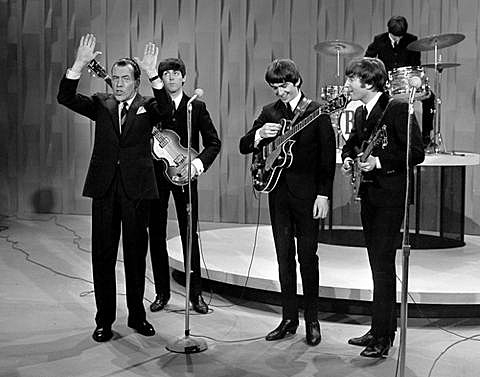 Sunday night's Grammy Awards saw the two surviving Beatles, Paul McCartney and Ringo Starr, reuniting on stage. 2014 marks the 50th anniversary to the Beatles first visiting America and there are all sorts of celebrations in the works. The Grammys are presenting a television special, "The Night That Changed America: A GRAMMY Salute To The Beatles," which will air on CBS on February 9 from 8 - 10 PM EST, exactly 50 years to the day, date and time of the their first appearance on The Ed Sullivan Show. The concert event was taped on Monday (1/27) and will features a bunch of famous artists (including Stevie Wonder, Dave Grohl, Pharrell, Alicia Keys, Gary Clark Jr. and Joe Walsh) performing Beatles songs. One of the more notable acts are The Eurythmics who reunited just to play this show.

There are some NYC shows coming up that are Beatle-related too. Bambi Kino, the very high concept Beatles tribute that features Doug Gillard (ex-Guided By Voices), Mark Rozzo (Maplewood), Ira Elliot (Nada Surf), and Erik Paparazzi (Cat Power), are playing a few times that weekend. The high-concept part is they're dedicated to the band's formative days when they were living in Hamburg, Germany, and do the covers that The Beatles did back then. 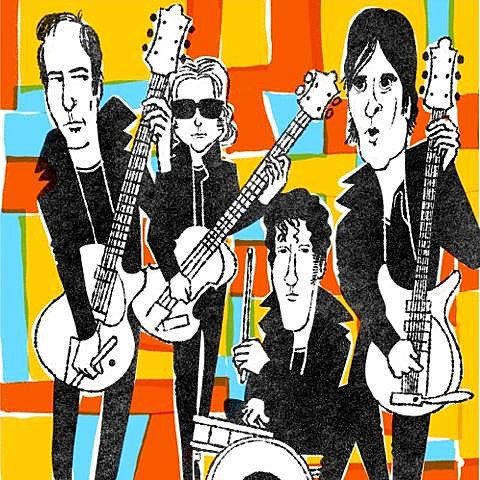 Bambi Kino are playing Union Hall on February 8 where they'll do three sets (8 PM, 9 PM & 10 PM) with WFMU's Todd-O-Phonic Todd Abramson on DJ duties. Tickets are on sale now. Earlier that day you can hear them live on WFMU's Cherry Blossom Clinic (3-6 PM).

They're also playing The Fest which is "the premier Beatles convention in the world." The Fest happens from February 8 - 9 at NYC's The Grand Hyatt and is a mix of memorabilia and performances. In addition to Bambi Kino (who play 2/9 at 8 PM), this year's live entertainment includes Peter Asher of Peter & Gordon (whose hit "World Without Love" was written by McCartney), Chad & Jeremy, Donovan, and more. Tickets and info here.

Beginning February 7, The Morrison Hotel Gallery in SoHo will have a photo exhibit about The Beatles' first visit to America that's curated by Julian Lennon. More info here.

Also on February 7, Park Slope bar Freddy's has a Fab Four night too, with a couple tribute acts. At 11 PM it's Hal Bruce who has been hailed by some as the "Best Solo Beatles Artist," and then at midnight it's all-girl Japanese tribute act The Clover. Flyer for the Freddy's show below. 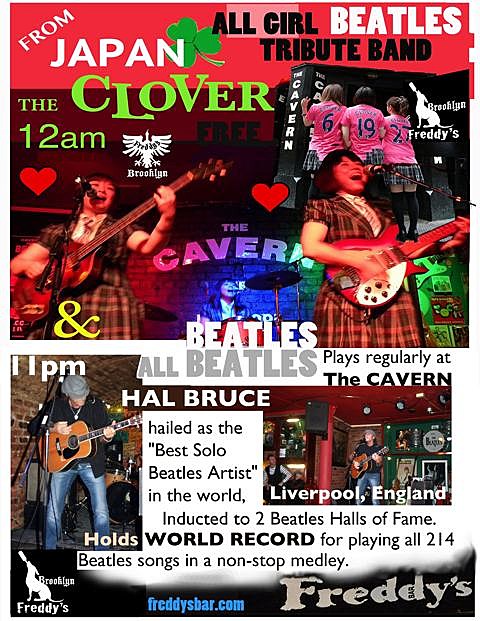