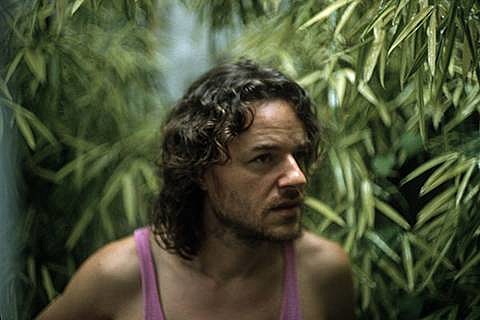 Tim Sweeney's WNYU radio show Beats in Space is celebrating its 13th anniversary this year with shows at Brooklyn's Cameo Gallery on October 12 and 13. Day 1 features Kompakt-signed electronic duo Pachanga Boys (aka German producer Superpitcher and Mexican producer Rebolledo), who will be making their US debut at the show, along with Andrés. Day 2 features Matias Aguayo and French DJ Ivan Smagghe. Tim Sweeney will also be at both nights. Tickets for both nights are on sale now.

You may know Matias Aguayo as a one half of German duo Closer Muzik, or from his solo career which he's had since the latter half of the last decade. His most recent release is the I Don't Smoke EP, which you can stream the title track from below. He also released a split single in 2009 with Pachanga Boys' Rebolledo, which featured a track by Rebolledo that Matias sang on (stream below). Though at this point, Matias may be best known for his vocal contributions to the frenetic, sugary single, "Ice Cream," off of Battles' 2011 LP, Gloss Drop. He also contributed to the track "Tanto" off the Baio (of Vampire Weekend) EP, Sunburn, which came out earlier this year. You can stream that track, along with a list of all Matias Aguayo dates, below.

As for Pachanga Boys, they've got a few EPs under their belt since forming in 2009, including the most recent Christine EP, which dropped this past July. You can stream the track, "Legs," from that EP, along with a list of all Pachanga Boys dates, below.

Additionally, song streams by Andres and Ivan Smagghe, and lists of dates by all four artists are below.