"R.I.P. my dear brother, friend and band mate Beau Velasco. For all those who wish to pay their respects I will let know soon." - THEDEATHSET 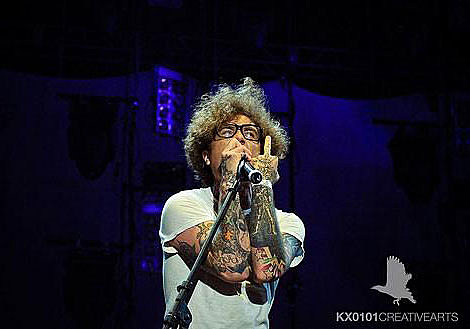 First meeting in their home town of the Gold Coast of Australia, Johnny Siera met Beau Velasco at a gig where Velasco's band Black Panda were performing. Drawn to the energy of the show, Siera contacted Velasco and was soon asked to join for a tour of the East Coast of Australia with Brooklyn band Japanther. Inspired by the tour, the two decided to drop everything, move to Sydney and focus on the band as a two piece renaming themselves The Death Set.

Taking root in a central Sydney warehouse the pair converted to their studio they wrote what would become the EP 'to". Having a sound both electronic as well as rock, their first shows around Sydney would be at nights as diverse as the infamous club night "Bang Gang" as well as rock night "Gimme Gimme Gimme".

The pair soon moved to Brooklyn then Baltimore where they became involved in the flourishing DIY warehouse scene and toured constantly. [Wikipedia]

Check out some videos below...