PAPER Magazine held their 9th annual 'Beautiful People' party at Hiro Ballroom in NYC Thursday night (March 30, 2006). It was an unadvertised invite-only kind of thing. Thanks so much Mike for thinking of your Antony-obsessed friend when deciding who to waste your +1 on. I was psyched. Unfortunately the show by the magazine's latest cover boy was a complete disaster. I've never experienced a ruder audience anywhere. Not even Jose Gonzalez in a beer tent compared. Then again maybe the inattentive crowd didn't even realize what was going on down front. 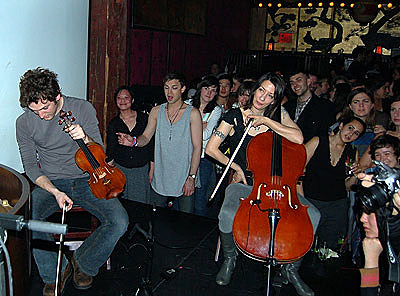 The three hour open-bar party started at 8:00. Antony was scheduled to go on at 10:00 (which meant I definitely wasn't making it to the Editors show at Webster Hall). He came on around 10:20. The stage at Hiro is small and low to the ground. You can walk right up to it. I did. It's the closest I've been to Antony's piano keys - ever. If nothing else, it was a great photo-op. 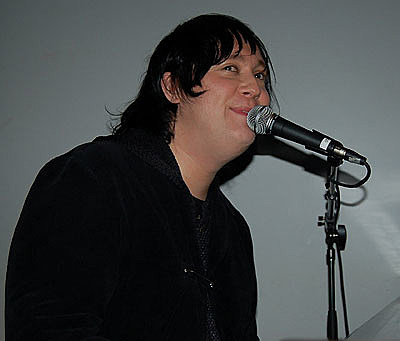 The crowd was seriously so loud that I could barely hear Antony, and I was right next to him. After the first song Antony said he was imagining the room was actually silent, and that the noise was the sound of ghosts of people who died 100 years ago (or something like that). After the second song he announced that the third would be his last. He wasn't lying. 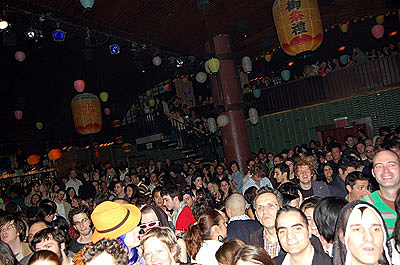 Also in the crowd: Jake Shears from Scissor Sisters, Bravo Silva (also beautiful), Michael Musto (actually I only saw him arrive on his bike outside - not sure if he went in), all the Heatherettes, Ultragrrrl (DJing), the Misshapes, half nelson, and Perez Hilton.