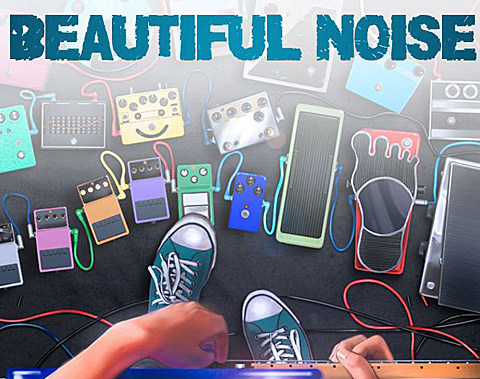 BEAUTIFUL NOISE is an in-depth exploration of a music movement in the late 20th century, a fascinating period when some innovative musicians mixed guitar noise into conventional pop song structures while maintaining a philosophy of letting the music speak for itself.

Although many of the people interviewed are notoriously press shy they have opened up about their music and experiences from over 20 years ago; how they defied the rules and became sonic innovators that have inspired so many.

Currently the documentary is in the final stages for worldwide release, and we need your help to raise the $75,000 to pay for limited run licensing and finishing costs to distribute in Film Festivals and on DVD/Blu-Ray.

This documentary will finally be released only if the fans of this music believe in this project and contribute.

Legendary shoegaze/dream pop bands My Bloody Valentine, Cocteau Twins, and The Jesus and Mary Chain are subject of new documentary, Beautiful Noise, who have launched a Kickstarter campaign to raise enough money for the film to be distributed in film festivals and released on DVD/Blu-Ray (via Pitchfork). In addition to those three bands, the film will feature interviews with/appearances by members of other shoegaze pioneers like Ride, Slowdive, Lush, Curve, Swervedriver, Medicine, Pale Saints, and more, plus appearances by Wayne Coyne, Trent Reznor, Billy Corgan, and Robert Smith, and performance videos (and some interviews) with current bands like Sigur Ros, M83, A Place to Bury Strangers, Grouper, Serena Maneesh, and others. The Kickstarter campaign has reached just over $17,000 of its $75,000 goal as of this post, and is open until December 15. More info and rewards details at the documentary's Kickstarter project page.

This comes shortly after the news that My Bloody Valentine plans to release an album by the end of the year.