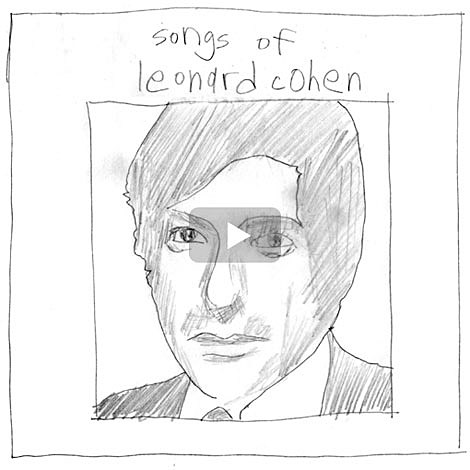 Beck.com underwent an overhaul over the summer. Among its new features is Record Club, "a regular meeting of various musicians to record an entire album in one day. Due to the time constraints involved in recording a record in a day, an album will be chosen to be covered and used as a framework for the proceedings. Nothing will be rehearsed or arranged ahead of time. A track from these sessions will be uploaded once a week on Beck.com, as well as through the web sites of those involved in the project."

The first album they did was The Velvet Underground & Nico. Guests showing up in the videos Beck is posting include Devendra Banhart, MGMT, Jamie Lidell Andrew from Wolfmother, Binki from Little Joy, and Nigel Godrich. Now they're working on the songs of Leonard Cohen. Check out those videos below (including "So Long, Marianne" with Devendra singing).

Leonard Cohen is about to kick off the final leg of his 2009 tour, the portion that brings him to Madison Square Garden on October 23rd. Tickets to the MSG show and other dates on the tour are still on sale (some dates may be sold out), and I have a pair of tickets to giveaway to every single show on the schedule. Videos below.