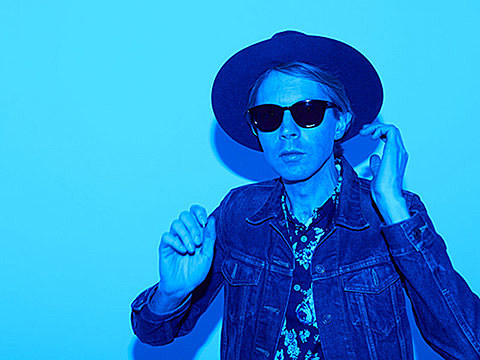 With his new album Morning Phase out now and a recent SNL appearance behind, him, a tour seemed in the cards for Beck and now one has in fact been announced. The list of dates is below.

Tickets for all dates, including Central Park Summerstage in NYC on Tuesday July 1st, go on presale at 10am Wednesday (3/12). The general presale password is MORNING. You can also use the BrooklynVegan presale password PHASE for the Summerstage show. Tickets go on general sale Friday (3/14) at noon.

Beck also plays The Tonight Show with Jimmy Fallon on 3/12, and will be on Ellen on 4/1. If you haven't checked out Morning Phase yet, you can stream it via Rdio. Dates below...