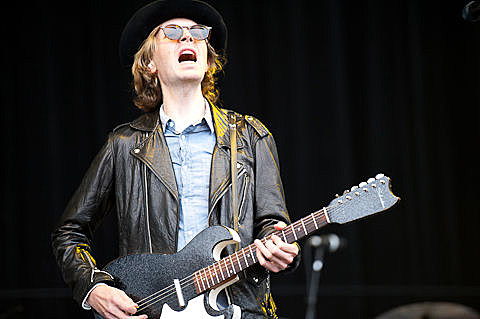 As mentioned, Beck will be on the East Coast this summer, playing a special acoustic set at the Newport Folk Festival (tickets). He'll also play few other shows in the area, including a Celebrate Brooklyn! show in Prospect Park on August 4. Tickets to the Brooklyn show go on sale Friday, May 10.

No word on a new Beck album, but he did release that Song Reader sheet-music-only album back in December. Maybe he'll play some of those. All Beck tour dates are listed below.