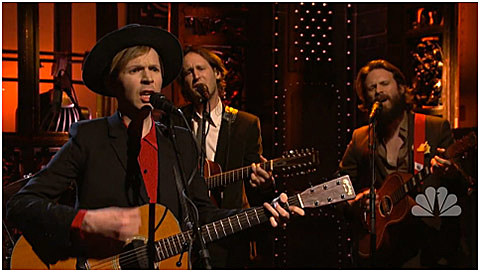 Beck was the musical guest on Saturday Night Live last night (3/1) which was hosted by Big Bang Theory's Jim Parsons. He performed two songs from his elegiac new album, Morning Phase: single "Blue Moon" and was backed by a string section for "Wave." On both he was joined by Father John Misty's J. Tillman. You can watch both in this post.