"Thanks...did you ever hear 'Midnight Vultures?" 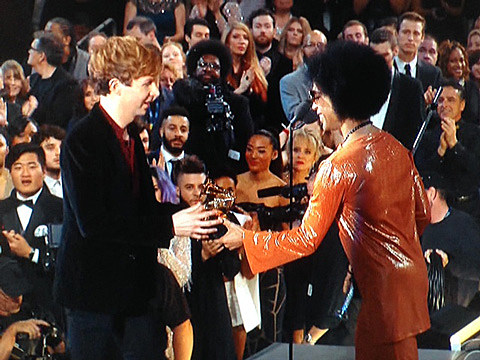 Beck's had a pretty good Grammy night, his Morning Phase having first won Best Rock Album and then one of the biggest awards of the night, Album of the Year, beating out Sam Smith, Beyonce, Pharrell Williams and Ed Sheeran. On top of that, the award was given to him by Prince! As Beck started his acceptance speech, Kanye West jokingly headed toward the stage. "No, come back," Beck said. "I need help up here." Kanye later said that Beck should have given his award to Beyonce.

Tom Petty didn't win a Grammy, but he did co-write the 'Song of The Year' (sort of).

Tenacious D won the metal Grammy for a Dio cover.