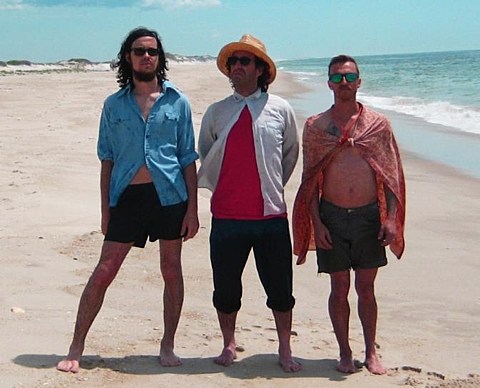 Brooklyn's Beech Creeps feature current and former members of People Get Ready, Yeasayer, Pterodactyl, Knyfe Hyts and more. That's a pretty diverse resume, and when they all come together, it ends up sounding like dirty, dissonant noise punk. Their self-titled debut LP was recorded at Brooklyn venue Secret Project Robot with producer Jonathan Schenke of Eaters (who's worked with Parquet Courts and PC Worship), and it's due out on March 3 via Monofonus Press (pre-order). We've got the premiere of its new single, "Arm Of The T - Rex," which you can listen to below.

The band has a few dates coming up, including SXSW and two previously-mentioned NYC shows. Those happen February 26 at Shea Stadium with PC Worship and Turn to Crime, and March 3 at Union Pool with Yonatan Gat, which is an album release party for both bands.