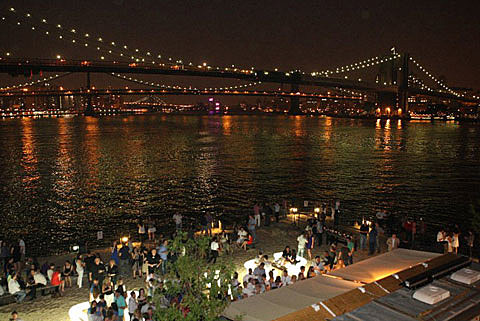 The number of great and FREE NYC shows set for this summer grows by the day, and now we have a new set to occupy six Sundays. The new Beekman Beer Garden at the South Street Seaport will host a six week "Beach Party" series kicking off on July 10th.

With the iconic Brooklyn Bridge and East River as their backdrop, the respective bands will take the stage on the Beekman Beer Garden's 200-ton sandy beach at 3 p.m. Sunday afternoons.

Presented in association with producers involved with the indie-oriented Seaport Music Festival on Pier 17 (south side) and the RiverRocks series on Pier 54, the Beach Party concerts are free, and limited to 1,100 people. Doors open at 11:30 a.m., and all shows are 21 and over.

Check out the schedule and flyer below... 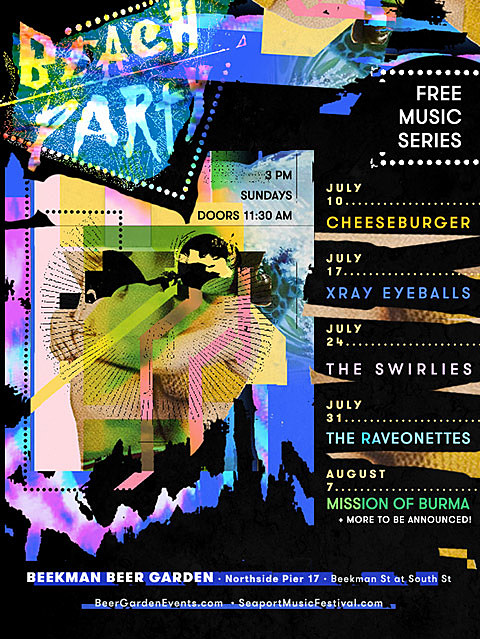