Behemoth at Irving Plaza in 2014 (more by Caroline Harrison) 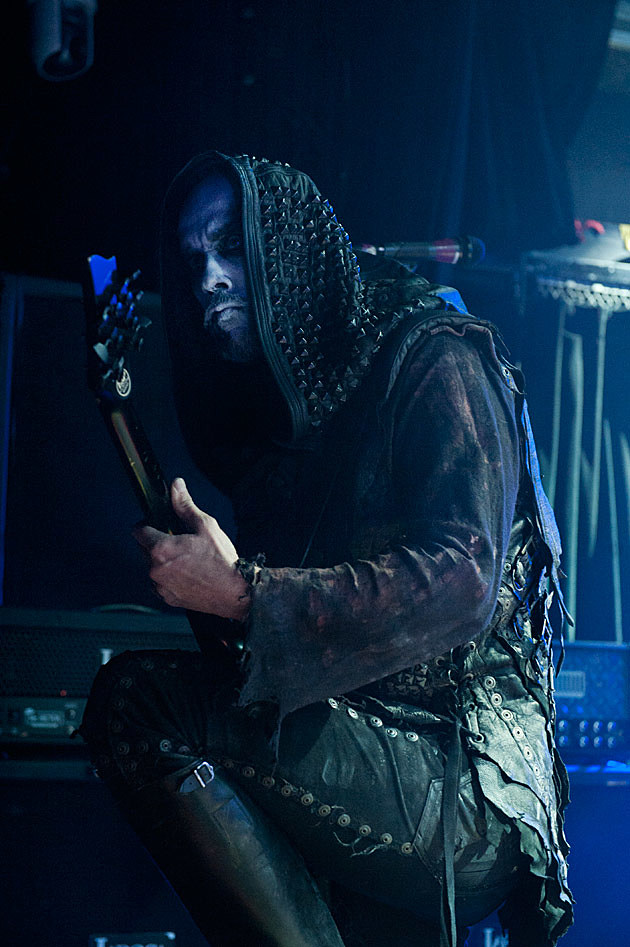 Yesterday, Behemoth posted they were detained in Russia due to an issue with their visas. After an overnight stay in the Russian Federal Migration Service's lock-up and a morning appointment with a judge, the band has been deported.

Nergal, the band's singer, has also been their mouthpiece throughout the ordeal, providing Facebook updates until his means were seized, then giving an interview once released. Nergal on the reasons for the deportation, translated from Russian:

Ah, bureaucracy. As punishment, each band member was fined 2,000 rubles and asked to leave the country in a "timely manner." Before they received this court order, though, Behemoth were stuck in a detention cell. Nergal, from the same interview:

It was a very small room on a half meter. On the walls were smeared with feces. At night, we asked [to be] taken to the toilet, but we were somehow denied. Had to go in plastic bottles.

Huh, ironic that a 'humanitarian' visa was the cause.

Future plans for the band are unclear, though the Russian leg of their European tour has been canceled.

Find a Russian news report -- with a pretty sweet phone video graphic -- on the incident below.

Check out more pictures from the band's recent Irving Plaza gig HERE, and from their Irving Plaza show before that, HERE.