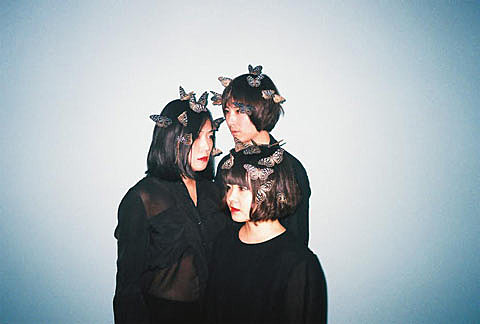 Beijing trio Nova Heart formed near the start of this decade with a strong influence from groove-heavy, dark post-punk like Bauhaus, early Shriekback, and Japan. (They have their poppy moments too.) The trio are set to release their self-titled debut album this week via FakeLoveMedia and we've got the premiere of "Evil" from the LP. Driven by Bo Xuan's throbbing bassline, it smolders as singer Helen Feng goes from a whisper to a scream. Listen along with a couple other tracks below.

Nova Heart are playing a few European/UK shows this month and those dates are listed below. No North American shows yet, but a bunch of other Beijing bands (and Yoko Ono) will be in NYC on Sunday (10/4) for the Modern Sky Festival in Central Park.