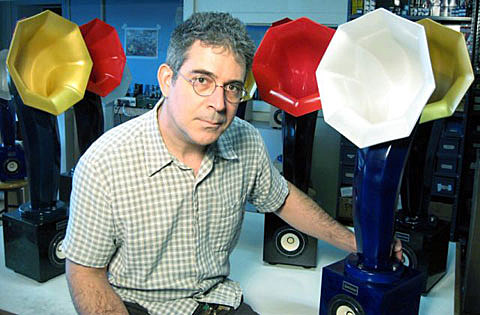 The Guggenheim will be hosting a three-part music series at the museum this summer. Running in conjunction with their "Haunted: Contemporary Photography/Video/Performance" exhibition (currently on view at the museum through September 6), "DARK SOUNDS" has the following schedule:

Tickets will go on sale to museum members ($25) at noon, and to non-members ($30) on Friday at www.guggenheim.org/darksounds...

"Produced by Sam Brumbaugh, Special Events Consultant, and Bronwyn Keenan, Associate Director of Special Events, the series takes its thematic cue from the conceptual threads that weave through Haunted, aiming to evoke the exhibition's elements of melancholy, ghostliness, the uncanny, and our collective and individual obsession with accessing the past. The series title is borrowed from the writings of Montague Rhodes James (1862-1936), who is often described as the father of the modern ghost story."

Andrew Bird only has a handful of other shows scheduled. They are all listed, along with info on a "Dark Sounds membership package, below...

The museum offers a Dark Sounds membership package, which includes tickets to all three events plus all the benefits of Guggenheim membership for one year, including free, unlimited admission to the museum; invitations to parties and private viewings; and savings at the Guggenheim Store, the Wright, Cafe 3, and on all public programs. The Dark Sounds membership package is available for $125 for one person or $250 for two people and can be purchased by phone at 212 423 3535 or by e-mail at membership@guggenheim.org.