Beirut at Terminal 5 in 2011 (more by VIncent Cornelli) 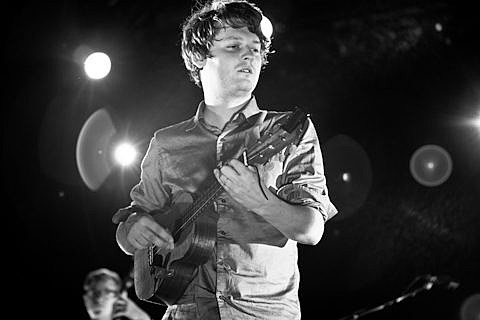 Beirut are currently on an international tour that includes dates in Australia, New Zealand, Japan, and South Korea. They're beginning to reveal some North American dates happening later on this year, including Coachella and a NYC show happening on August 29 at Rumsey Playfield in Central Park (aka Summerstage). Tickets go on sale Friday (1/13) at noon with an AmEx presale starting Wednesday (1/11) at noon.

That makes the total Central Park Summerstage shows, as of January 2012, up to four already. The other three are Foster the People, one of which was just announced with Tokyo Police Club on June 11 (AmEx presale also starts Wednesday at noon).

All currently known Beirut dates below...