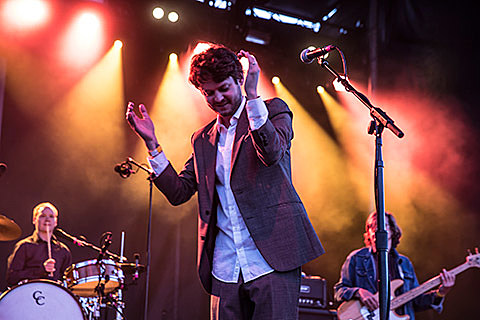 You already heard the title track of Beirut's upcoming album, No No No (due 9/11 via 4AD), and now director Brother Willis has given it the video treatment. The video's got the band performing the song and making all the usual rookie mistakes like trying to play piano with your toes and using a guitar made of cardboard. Check it out below.

They've also added an intimate NYC show happening ahead of their tour on Sunday (6/21) at Bowery Ballroom. They'll be debuting more material from the new album at the show. Tickets are on sale now.

The proper tour includes a much larger NYC show on October 1 at Radio City. Tickets for that one are still available.

Updated dates dates listed, with the new video, below...