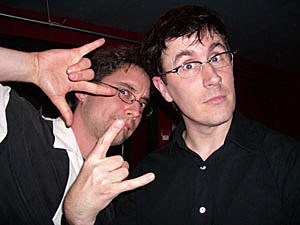 Not only is Beirut about to come out of hiding, check out the two-stage Beggars lineup happening at Emo's at SXSW this year:

What's crazy about SXSW is that as amazing as that show seems, when the day comes you still have to weigh it against like 100 other options.

In other Beirut news, Zach is currently holed up in New Mexico, resting, and working on a new album. The rest of the world is listening to his awesome EP that just came out called "Lon Gisland" (get it? Long Island): 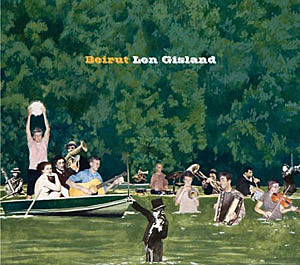 You can buy it at Insound who have also announced a little SXSW party of their own:

** Shout Out Out Out, Pelican, Walter Meego, Black Lips & Apes and Androids **

That party is in direct competition with the Pitchfork party.

PLUS, I don't think I ever mentioned that Mastodon and Okkervil River are also playing SXSW this year.

We already know there will be Satellite Party, The Good The Bad and The Queen, Willie Nelson (sort of), Amy Winehouse, Daniel Johnston, Rodrigo y Gabriela, and many others (and here and here).

And in other Voxtrot news, don't be surprised if you run into any one of them in NYC for the next couple of weeks. Like Jared, they're all here visiting.

**BONUS**: Beirut's McCarren Pool show was taped, and you can download it