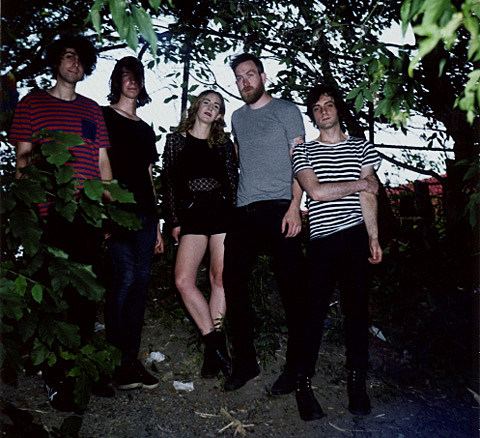 Toronto shoegazers Beliefs have a new album, Leaper, which will be out later this year via Hand Drawn Dracula. You can check out the video for "Tidal Wave," which will be on the album, below. As mentioned, Beliefs will be in NYC next week playing Cake Shop on February 4 as part of a pretty killer bill of Baltimore's Wildhoney, UK band Leave the Planet, and NYC's Dead Leaf Echo. $8 at the door for that one. They've also just added a second NYC show at Baby's All Right on February 6 with Algiers and The Flag. Tickets for that show are on sale now.

Algiers are an Atlanta band who recently signed to Matador and make goth/industrial-leaning soul (or soulful goth/industrial?). You can check out the video for "But She Was Not Flying" below. Algiers also play Mercury Lounge on February 4 that is also with The Flag which is the current project of Ted McGrath (Antimagic, These Are Powers). Tickets are on sale now. These are Algiers first-ever NYC shows.

Algiers - "But She Was Not Flying"