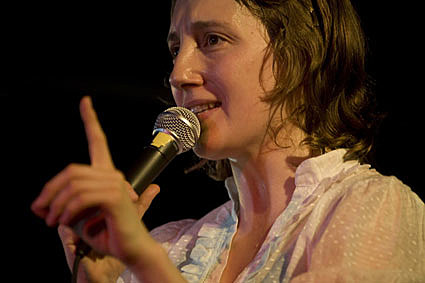 As the Bell House's Haiti benefit on Wednesday, January 27th approaches, the show's lineup keeps getting more and more interesting. Since the initial announcement a few changes have been made (The Walkmen replacing Cold War Kids for one) and more acts have been announced. The schedule below reflects the expected set times, with the disclaimers that "performers will be playing abbreviated, acoustic and/or stripped down sets" and "line up subject to change."

AC Newman (who's putting out a new New Pornographers record), Rhett Miller and Nicole Atkins are playing as a Seekers cover band (a supergroup similar to what St. Vincent & Bon Iver did at MHOW on Saturday). Zach Galifianakis was also at the BV Haiti event,

UPDATE: Despite a press release that went out, The Bell House says that Paul Rudd & Zach Galifianakis are not on this benefit (they never said they were, but the press release did). Also the venue says that the set times that were posted (including here last night) are wrong.

Freelance Whales (who have quite a few shows, NYC and otherwise, coming up) are playing, as is Ted Leo (who himself has longer shows planned).

One notable addition is The Blow, aka Kaela Maricich, who played Art Basel in Miami this December, but hasn't played NYC in quite a while (possibly since CMJ 2007).

Tickets for the benefit show are still on sale.

The Blow's last album was 2006's Paper Television, when Jona Bechtolt from YACHT was still in the group. For YACHT's upcoming tour, Bechtolt and member Claire Evans will bolster their live show (previously them and a laptop) by a band consisting of Rob Kieswetter of Bobby Birdman (who is also opening), Jeff Brodsky of Jeffrey Jerusalem, and D. Reuben Snyder of Rob Walmart. The backing band's name is 'The Straight Gaze'. A tour preview clip is posted below. 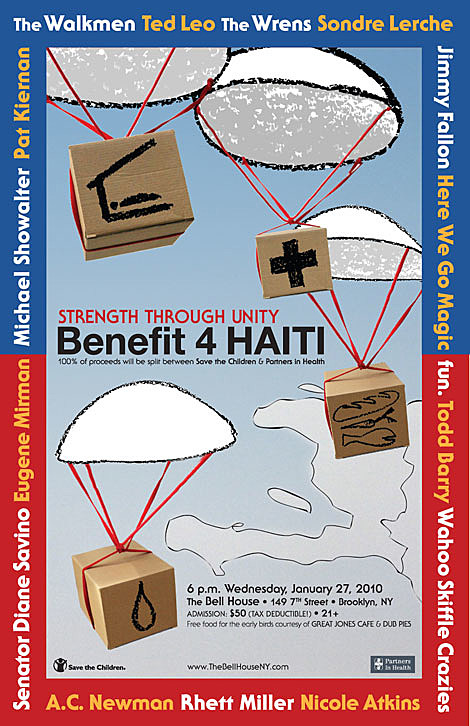 A special two hour edition of keyboard karaoke will be hosted by SARA SCHAEFER and JOE McGINTY in the front lounge from 11pm-1am.

ASIA DOGS will be here all night selling hot dogs for $2 to donate to the cause!

There is absolutely no guest list for this event.