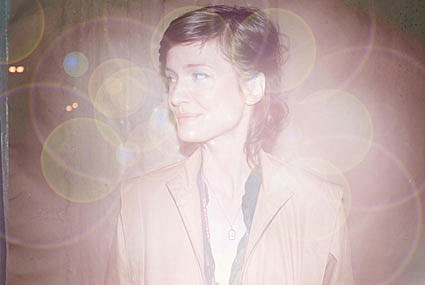 photo of Bell by Alix Winsby

Bell (aka Olga Bell) is a musician from NYC. That might be how you know her, and/or maybe you downloaded that Radiohead cover she did, or maybe you saw her open for Au Revoir Simone, and/or maybe you read about her on Stereogum the other day. If you haven't heard Bell yet, go check out the songs streaming on her MySpace. If you're like me, Bjork will immediately come to mind. That's why I think Stereogum made a good choice when choosing Bell to cover "It's Oh So Quiet" for their ridiculously awesome-looking new "Post" tribute album called "Enjoyed"
(though I haven't heard it yet)..... 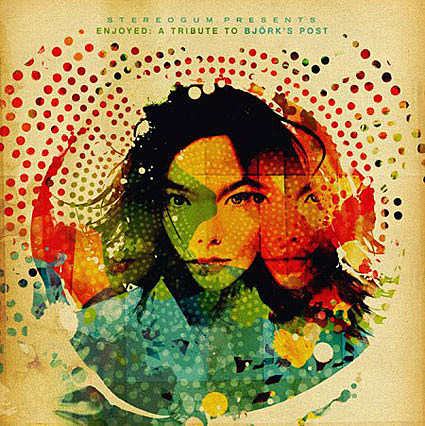 Nuts... PLUS, the whole album will be a free download starting March 31st (like the REM & Radiohead ones before it). March 31st is also the day that Klaus Kinski and I are throwing our next edition of Rock 'n' ROFL at Pianos which, coincidentally, also happens to include Bell (aka BELL IS PLAYING ROCK N ROFL). 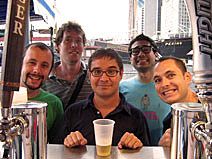 Takka Takka are playing the show too. It's not the first time they've shared a bill with Bell either, and that's NOT a coincidence. Bell contributed to the new Takka Takka album which is being finished as we speak - an album that takes Takka Takka in a completely new direction with a new sound and a significantly different lineup than who was in the band when their last release came out.

7-8 pm: DJ David Bruno AND all the free Newcastle you can drink

Related story: I put together a whole bunch of shows during CMJ. One was on Saturday October 20th at Pianos, during the day, upstairs & downstairs. The Maccabees were the last band to play downstairs. Doveman, Erik Friedlander and Craig Wedren were playing upstairs at the same time. Jefferson, who was there in a semi-official capacity to take pictures, wanted to shoot the Maccabees, but ended up missing them because of the upstairs lineup.

By the time he came back down, the Maccabees were already long gone and the next, unrelated show had started. He really didn't know the difference and started taking pictures of (who he thought was) the Maccabees. Eventually he figured it out and realized he'd just discovered Bell.

When Jefferson and I finally reunited, I think I said something like (now on like no sleep and 4 days into CMJ), "Where the hell have you been? Did you even see the Maccabees? We have to go see Santogold. Let's get out of here." He said something like, "Dude...chill. I was shooting this girl Bell. She was great." I think then by the next day I totally forgot about it, and it wasn't until I recently showed him the already-booked March 31st lineup that he pointed out that he had some never-before-seen Bell pictures (aka the ones you see in this post.....below) (the end)....