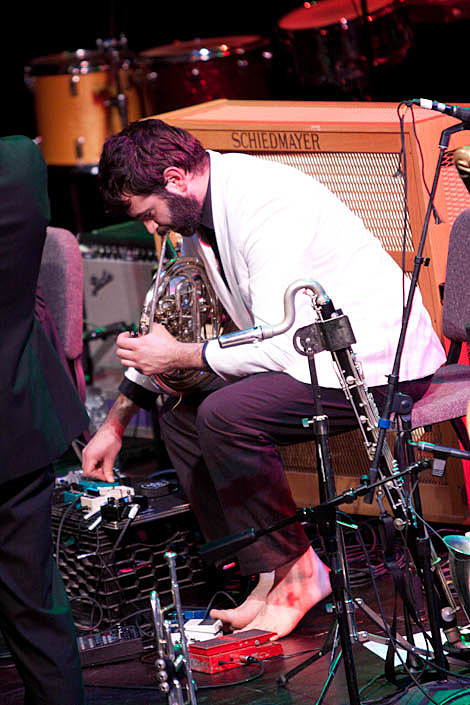 Starting in April, Bell Orchestre (featuring members of Arcade Fire) will tour its native Canada, followed by US dates that include a NYC show at Le Poisson Rouge on April 30th with The Havels and Colin Stetson. Tickets are on sale now.

As on their previous album, Bell Orchestre's music is essentially cinematic. Though it has features of minimalism and occasionally seems completely rootless, the group's too impatient, too modern to spin meaning out of extended repetition. Their music's evocative and romantic, casually taking advantage of modern tools in the service of the creation of their potent soundscapes. So As Seen Through Windows will likely continue to solidify Bell Orchestre's reputation for making interesting and occasionally challenging instrumental music that not enough people have heard. It shouldn't be too hard to change the last part. [PopMatters]