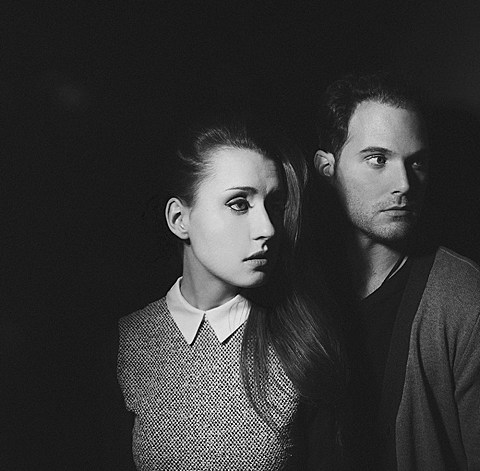 Brooklyn duo Belle Mare (aka Amelia Bushell and Thomas Servidone) released their home-recorded debut EP, The Boat of the Fragile Mind, in late 2012, and they've now recently finished up studio time at Electric Lady working on their first full length. They went in as a full band with help from drummer Rob Walbourne (Clap Your Hands Say Yeah), bassist Gary Atturio (Savoir Adore), and keyboardist Tara Rook, along with producers Tom Elmhirst and Ben Baptie, who worked together on U2's Songs of Innocence, Beck's Morning Phase, Arcade Fire's Reflektor and more. The album is expected sometime this fall, but meanwhile they're first releasing "Cicada" as a single. With the song's loungey atmospheric vibes, falsetto vocals, and the final crashing crescendo, it sounds like they probably take more than a little influence from Radiohead and Sigur Ros, but they're thankfully not just copying those bands. Check it out for yourself, it makes its premiere below.

The band have three hometown dates coming up: Friday (2/27) at Knitting Factory with PROM and Ponyhof (tickets), March 22 at Cameo, and April 7 at Manhattan Inn.