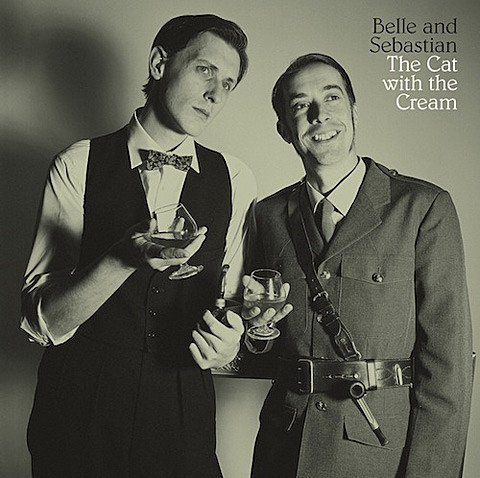 We're a couple weeks out from Belle and Sebastian's new album, Girls In Peacetime Want To Dance, and the band have now shared a third track from the album. "The Cat with the Cream" is the kind of melancholy, string-laden ballad that Stuart Murdoch is especially good at. It's quite lovely and you can stream it below, alongside the dancefloor-friendly "The Party Line" and "Nobody's Empire." You can preorder the album now in a couple different formats, including as a box set on quaduple vinyl that includes remixes and four bonus tracks exclusive to this format.

Belle and Sebastian are one of the many acts playing Coachella 2015. They've added a few more dates elsewhere, too, but NYC still has to wait until June when they play Radio City Music Hall on 6/10 (tickets).

All dates are listed, along with track streams from the new album, below...