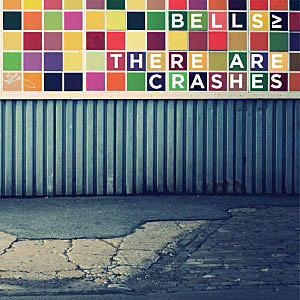 Blake Schwarzenbach of Jawbreaker's new band Forgetters play Cake Shop tonight (9/10). It's one of their many upcoming shows, and while that's already a good enough reason to head to the Manhattan venue, there's also another: BELLS≥ play as direct support in what will be their first show ever.

So who the hell is BELLS≥? Zac Barocas of Jawbox sits in behind the kit, with Adam Rizer (Oxford Collapse) on bass, and Chris Ernst/Steve Shodin on guitars. The instrumental band has a new LP due in October entitled There are Crashers (not sure what label, but that's it pictured above).

It's one of two shows that BELLS≥, no relation to BEAK>, will play this weekend. The second is Saturday in Maryland, and features yet another new Jaw-member band on the bill...

"If you're not familiar with them yet, OFFICE OF FUTURE PLANS is the new band from J ROBBINS (of such legendary bands as Government Issue, Jawbox and Burning Airlines). OOFP has been playing around the Baltimore/D.C. area for the past year or so, and has recently been in the studio working on their debut record. This will be the band's second-to-last show of 2010 so that J can focus on the upcoming Government Issue reunion and the band can finish recording. Don't miss this chance to see them!"

That chance to see them, and BELLS≥, takes place at Windup Space in Baltimore

Videos and more info below...