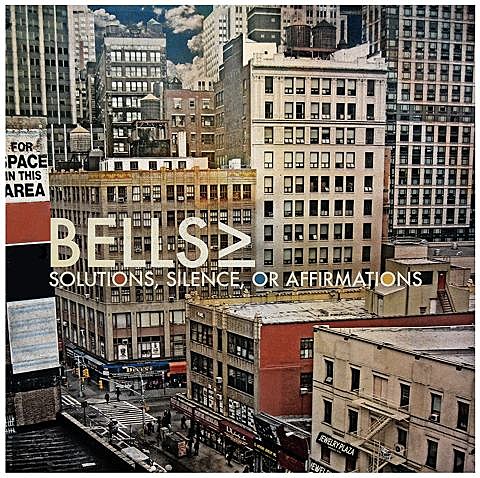 Jawbox-related post rock band BELLS≥ (whose lineup includes former Jawbox drummer Zach Barocas and Gordon Withers, who is known for cello Jawbox covers and is also in Office of Future Plans with J. Robbins) returned this year with a self-released (but distributed by Dischord) new album, Solutions, Silence, or Affirmations. Former Jawbox frontman J. Robbins, who has been a pretty prolific producer lately (Lemuria, Coliseum) recorded the album, and he also contributed bass to it. You can stream the record in full below.

BELLS≥ will be playing a couple shows this September and one of those happens in NYC on September 6 at Cake Shop. That show also includes J. Robbins playing a solo set, so it doesn't seem impossible that he and BELLS will be doing some on-stage collaboration. Rounding out the bill is Jumpers and Thurn & Taxis. BELLS≥'s only other announced date at the moment happens in DC a day later.