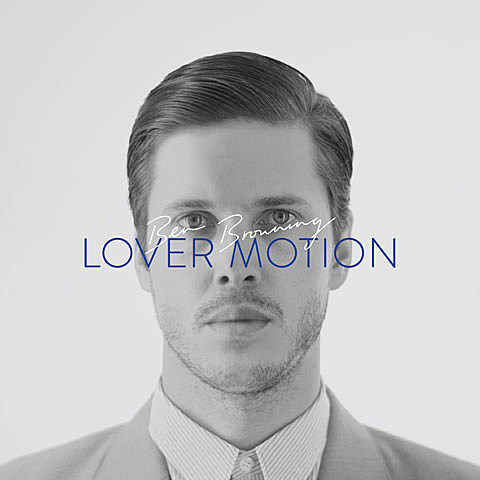 Ben Browning, who joined Cut Copy as their bassist before the release of 2011's excellent Zonoscope LP, had been working on his material prior to that album, and released it in the form of the Lover Motion EP on Cut Copy's Cutters label last week (3/19). The EP was produced by Architecture in Helsinki members Gus Franklin and Haima Marriott and features keyboard programming from Cut Copy frontman Dan Whitford. The single, "I Can't Say," doesn't sound very different from the material on Zonoscope and is by far the biggest pop moment on the EP. Of the remaining four tracks, two are instrumental, and the other two are on a slightly calmer side of pop. You can stream the entire EP and the "I Can't Stay" single which includes remixes by Knightlife and Juan Maclean below. The video for "I Can't Stay" is also below.

Ben will be making his way over to the US for the Sweetlife Food & Music Festival in Columbia, MD (4/28) with The Shins, Explosions in the Sky, Twin Shadow, Zola Jesus, and others this April. The day before that festival, he'll play a Brooklyn show at Glasslands on April 27. Tickets for that show are on sale now. There's also an LA date with Metronomy (who will be in LA on tour with Coldplay).

All dates, video and streams below....