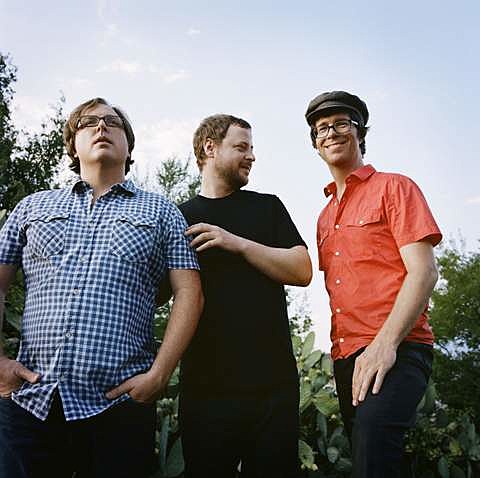 After busting up the gang in 2000, snarky mid-'90s piano trio Ben Folds Five reunited this year with a new album on the way and a tour, which they're on now. The tour stops at Central Park Summerstage tonight (9/14), their first NYC show in 12 years. Tickets for tonight's show are still available. BFF will also return to the NYC area for a show at Port Chester's Capitol Theatre on October 9 with Kate Miller Heidke (tickets) and a couple days later they will play opening night of New York Comic Con on October 11. Tckets for that are still available too.

Ben Folds Five, best known for their ballad "Brick" back when people still held up lighters at shows (1997), have a new album, The Sound Of The Life Of The Mind, which is their first since 1999 and is out next week (9/18). The record was funded via Pledgemusic and is a little mellower than the bouncy, fuzzy pop of their Clinton-era singles like "Underground" and "The Battle of Who Could Care Less" but his sense of humor seems intact. You can listen to tracks at SPIN, TeamCoco and Rolling Stone.

A list of all Ben Folds Five dates, a few classic clips and that Deluna Fest lineup are below...

Ben Folds Five - "Battle for Who Could Care Less"