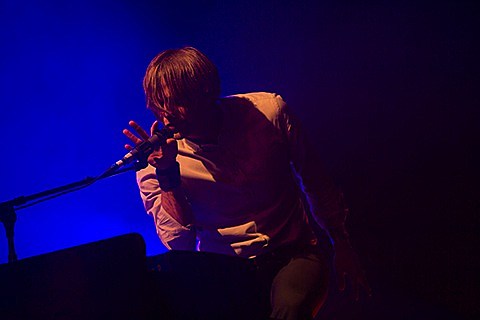 At a solo show this past October, Death Cab for Cutie frontman Ben Gibbard performed a cover of "Archie, Marry Me" off indie popsters Alvvays' self-titled debut LP on Polyvinyl. He called it his favorite song of 2014, and he's not the only one who loved it. He puts a cool spin on it, kind of making it sound like an older Death Cab song. Check out the professional video, courtesy of KEXP, Starbucks, and STG (via Stereogum), below.

Alvvays will soon head out on tour with The Decemberists, the band fronted by Colin Meloy, who despite what you may think, is a different person than Ben Gibbard. (Coincidentally, we posted an old video of them performing together today.) That tour hits NYC on April 6 at Beacon Theatre, which is sold out. Four days earlier, Alvvays headline their own NYC show at Bowery Ballroom (4/2), which is also sold out. And in June, The Decemberists return to NYC for Governors Ball, which is not sold out.