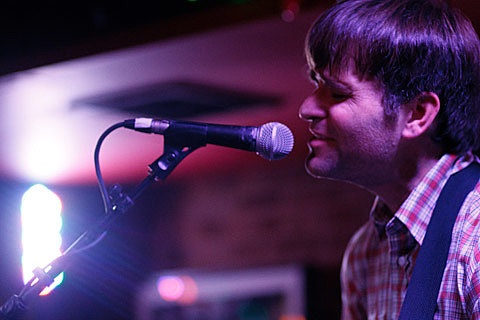 Death Cab for Cutie frontman Ben GIbbard, who played a single intimate show in NYC during CMJ, kicked off his tour with Advance Base in Minneapolis last week and they're set to hit NYC TONIGHT (11/5) at Town Hall. Tickets for tonight's show are still available.

Ben also just recently released a video for "Teardrop Windows" off of his debut album, Former Lives (out now via Barsuk), which was directed by Tom Scharpling, who also recently directed videos for Aimee Mann, Nude Beach, and others. The video stars comedian Kurt Braunohler, who plays a record label executive that tries to turn Ben into a "bad boy." Check out that video and an updated list of dates below.

From Ben Gibbard's debut solo album "Former Lives" available now on Barsuk Records in the US/Canada, City Slang in UK/Europe, Big Nothing in Japan and Spunk Records in Australia.