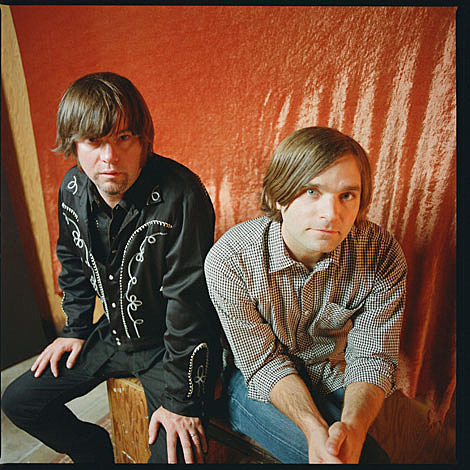 Aside from getting married this week, Mr. Zooey Deschanel (aka Ben Gibbard) is keeping busy. He'll be playing a few shows this October with Jay Farrar of Son Volt in support of their new collaborative record, One Fast Move Or I'm Gone: Kerouac's Big Sur. The album, coming out Oct. 20th on F-Stop/Atlantic Records, is the soundtrack to a documentary on Kerouac's Big Sur. The songs, written specifically for the project, take their lyrics from the novel. The setlist for the four-date tour will include songs off the soundtrack and "other surprise material," and the band will conist of Farrar, Gibbard, Nick Harmer (Death Cab for Cutie), Mark Spencer (Son Volt) and Jon Wurster (Superchunk, Bob Mould, The Mountain Goats).

Jay Farrar was just in NYC Thursday (9/17) with Son Volt, who are currently on tour.

"The gig in New York was mostly a success. Although I'm confident that the sound in the house was solid, on stage it was loud and lacking in definition. Also, for some reason the lighting director decided to black out the stage in the middle of a song. Not sure what that was about.

Being that we were in NYC, we all stayed out too late and paid dearly the next day. Jay had it the worst, however, as he had to be up early to play on the radio." [Son Volt]

The trailer and more info on the film (which has guests that include Lawrence Ferlinghetti, Sam Shepard, Patti Smith and Tom Waits) and the album (with a video for its last song, "San Francisco")are below... 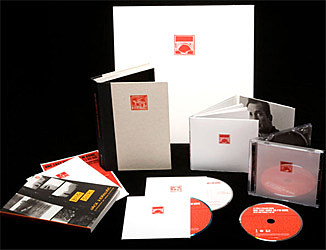 One Fast Move or I'm Gone: Kerouac's Big Sur, a new album featuring 12 original songs composed and performed by Jay Farrar of Son Volt and Benjamin Gibbard of Death Cab for Cutie--with lyrics based on the prose of Jack Kerouac's landmark 1962 novel Big Sur--is set for an October 20 release on F-Stop/Atlantic Records along with a feature-length documentary of the same title in which both Gibbard and Farrar appear.

Gibbard and Farrar, having never previously met, discovered a mutual kinship in their passion for Kerouac's work while recording several songs for the documentary, produced by Kerouac Films.

After the initial San Francisco recording session in July 2007, they decided to develop the project further to create an album using Kerouac's own words from the book as the lyrics.

Big Sur, is an evocative account of a time in Jack's life when he'd "come undone," both emotionally and spiritually. He escapes to a cabin in Big Sur to confront his inner demons and find a modicum of peace by the sea.

Gibbard stayed in the original cabin Kerouac wrote about, to compose songs for his band's 2008 Grammy-nominated album, Narrow Stairs. For many years, Jay Farrar's songwriting has been inspired and influenced by Kerouac's compositional style.

Jim Sampas, (Badlands, Kerouac--kicks joy darkness) is executive producer of the album. The documentary, One Fast Move or I'm Gone: Kerouac's Big Sur, is directed by Curt Worden and produced by Gloria Bailen and Jim Sampas of Kerouac Films. The film features appearances by writers, poets, actors and musicians including, Tom Waits, Patti Smith, Lawrence Ferlinghetti, and Sam Shepard. The album and film will be released on October 20, the day before the 40th anniversary of Kerouac¹s death, as a stand alone CD, a CD/DVD package, a limited edition boxed set packaged with the novel, a 40-page book on the documentary and the CD/DVD. The album will additionally be released on vinyl.