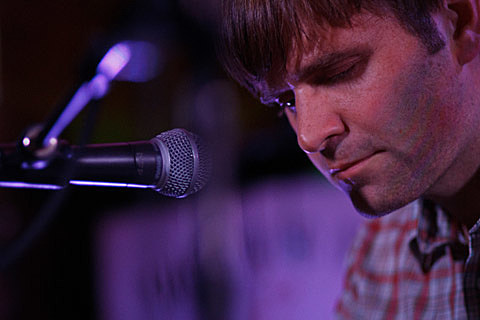 Death Cab for Cutie/Postal Service frontman Ben Gibbard, who released his solo debut, Former Lives, this year, will be teaming up with novelist Ron Currie Jr. (who authored God Is Dead, Everything Matters!, and will publish Flimsy Little Plastic Miracles on February 7) for a night of conversation and music in NYC at Strand Book Store on January 9 from 7-8 PM. Ron will be previewing his forthcoming novel at the event and Ben will be performing solo acoustic songs. You can gain entry by purchasing a copy of Everything Matters!, God Is Dead, or a $15 Strand gift card at Strand's site.

Ben recently recorded a Twelve Days of Fretboard session where he performed "A Hard One to Know" from Former Lives and was also interviewed. The video of that session is below.