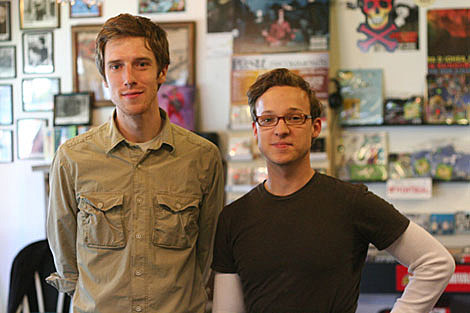 Ben Sollee and Daniel Martin Moore are on tour in support of their Jim James produced record, Dear Companion, which came out in February on Sub Pop. Check out a song from it above.

The trip comes through New York for two nights at Joe's Pub on Friday, March 5th and Saturday, March 6th. Tickets are on sale.

The guys did a series of in-stores to celebrate the CD around its release. Videos from those and all tour dates (which include SXSW) are below...