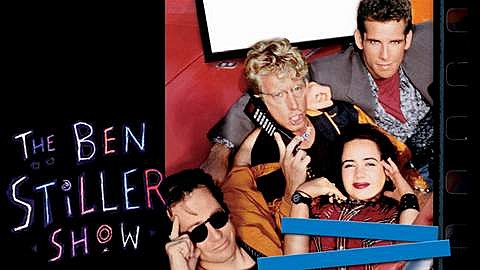 A Ben Stiller Show reunion highlights a new round of additions to the New York Comedy Festival which, as discussed before, is happening November 7 - 11. Tickets to this and other events will go on sale today (9/24) at noon.

A critical hit but ratings failure, The Ben Stiller Show got its start on MTV in 1990 and then moved to FOX for a season before being cancelled. In retrospect, it's a who's who of comedy talent, giving early breaks to Bob Odenkirk, Janeane Garofalo, Andy Dick and writer Judd Apatow, all of whom will be in attendance at the event which happens November 10 at the Paley Center (tickets), along with Jeff Kahn, and Rob Cohen. No sign of castmember David Cross though. A couple classic Ben Stiller Show clips are below.

Other new additions to the NYCF include Denis Leary discussing his new kids Christmas book for adults Merry F***in' Christmas (based on his song) on 11/9 at the Paley Center; a live version of Bravo TV's Celebrity Autobiography with Janeane Garofalo, Rachel Dratch, Mario Cantone and more on November 8 at Stage 72. Full fest schedule is here.

The Ben Stiller Show - "The Grungies"